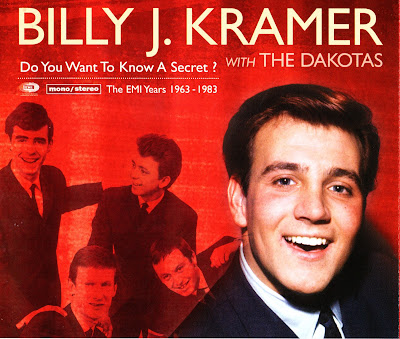 One of the most popular Merseybeat singers, Billy J. Kramer (born Billy Ashton) was one of the most mild-mannered rockers of the entire British Invasion. He wasn't that noteworthy a singer, either, and more likely than not would have never been heard outside of northern England if he hadn't been fortunate enough to become a client of Beatles manager Brian Epstein. Even more crucially, he was gifted with several Lennon-McCartney songs in 1963 and 1964, several of which the Beatles never ended up recording. That gave him his entrance into the charts on both sides of the Atlantic, but Kramer couldn't sustain his success after the supply of Lennon-McCartney tunes dried up. Significant? No. Enjoyable? Yes. Even tossing aside the considerable value of hearing otherwise unavailable Lennon-McCartney compositions, his best singles were enjoyably wimpy, melodic pop/rock, offering a guilty pleasure comparable to taking a break from Faulkner and diving into some superhero comics.

It's been reported that George Martin was reluctant to produce Kramer because of the latter's vocal deficiencies, making sure to hide the cracks in his upper register with loud piano notes in Billy's cover of "Do You Want to Know a Secret." No matter -- the song made it to number two in the U.K. in mid-1963, followed by another Lennon-McCartney effort, "Bad to Me." "I'll Keep You Satisfied" and "From a Window" were other gifts from the Beatles camp that gave Kramer solid hits; one Beatles reject, "I'll Be on My Way," was even relegated to a B-side (the Beatles' own BBC version was finally released in 1994). All these tunes, it should be noted, represented Lennon-McCartney at their lightest and most facile, which to a large degree explains why they didn't record the numbers for their own releases, deeming them more suitable for Kramer's fairly bland approach.

Billy J. actually landed his biggest hit, the corny pop ballad "Little Children," without assistance from his benefactors; the single also broke him, briefly, as a star in the United States, where it and its flip side ("Bad to Me") both made the Top Ten. He appeared in the legendary 1964 The T.A.M.I. Show rockumentary film, and the Dakotas recorded some instrumental rock on their own, getting a Top 20 British hit with the Ventures-ish "The Cruel Sea." Early British guitar hero Mick Green, formerly with Johnny Kidd & the Pirates, was even a Dakota briefly. But after 1965's cover of Bacharach-David's "Trains and Boats and Planes," the hits ceased, as the Beatles and Epstein's attention was lost. Kramer continued recording throughout the '60s, even briefly venturing into hard psychedelic-tinged rock, without much success, and subsequently toured often on the oldies circuit. 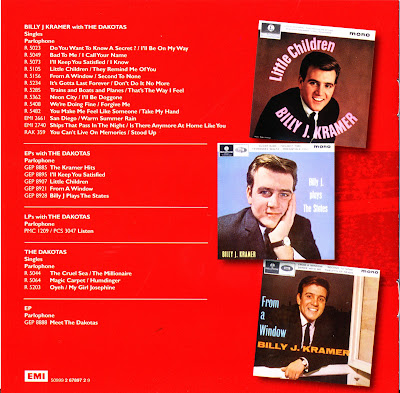 The Dakotas were most closely associated with Liverpool-born singer Billy J. Kramer. They had a history before that, however, as well as a striking lineup on their own, separate from the developments in Kramer's career. The original group hailed from Manchester, and were put together as a backing band for Pete MacLaine. At that time, from 1962 through January of 1963, they were comprised of Mike Maxfield (lead guitar), Robin MacDonald (rhythm guitar), Tony Mansfield (drums), and Ray Jones (bass). In early 1963, just as the Beatles were finished with their second single, "Please Please Me," their manager, Brian Epstein, was looking for a backing band for his newest discovery, Billy J. Kramer. He had been playing and singing part-time with a band called the Coasters, but wanted to turn professional, at Epstein's insistence. The Coasters declined to follow him, and a new band was needed. Enter the Dakotas, who parted company with Pete MacLaine to sign with Epstein. He was not yet renowned as a world-beating success, but he did have two bands, the Beatles and Gerry & the Pacemakers, cutting records for Parlophone, one of which, "Love Me Do," had already charted modestly. It was an attractive offer, and they became Kramer's band. They were a very solid group, well able to adapt to the requisite Merseybeat sound not only as it had existed up to early 1963 but as the Beatles were altering it with their records and their success -- rock & roll balladry, with room for smooth vocals and even harmonies, became obligatory, along with a band sound that left room for some elegance as well as a good attack. Kramer hit with his first five singles, and in the process of becoming a star, the Dakotas also got their chance in the spotlight. They scored a success with their instrumental version of "The Cruel Sea," and also saw some action on "Magic Carpet." In July of 1964, the first major lineup change took place, as Ray Jones was pushed out on bass. Robin MacDonald, who had been playing rhythm guitar, shifted over to bass, and the Dakotas added a second lead guitarist in Mick Green. Green was a musician in a unique situation -- he had never inaugurated a band's sound, tending to come into lineups that already existed; when he did so, however, as in the case of Johnny Kidd & the Pirates, he inevitably boosted their sound by many decibels and punched up the virtuosity. He was among the first of a new generation of hot rocking British guitarists, separate from blues virtuosos like Eric Clapton, and able to attack his instrument with distinctive riffs and variations in several different idioms, all of which came out well in the studio and even better in concert. His arrival in the Dakotas' lineup gave the group a unique double-lead guitar configuration that made them a power to contend with on-stage, although ironically, he only played on one hit with Kramer, "Trains and Boats and Planes." Kramer's string of hits ended in mid-1965, but he and the Dakotas were still a major live act, in England and even more so in America, where "Trains and Boats and Planes" made the Top Ten. In August of 1966, Tony Mansfield left the band, and ex-Pirate Frank Farley joined on drums, lasting until September of 1967 playing the cabaret circuit after concert work disappeared. By that time, Kramer's star had faded, and the Dakotas split in late 1967. Robin MacDonald and Mick Green became part of Engelbert Humperdinck's backing band, while Kramer kept on working for a time with the Remo Four, a perennial replacement band, having succeeded the Searchers as Johnny Sandon's backing band. In the mid-'70s, Green and Farley became the core of a re-formed Pirates, who continued to perform and record into the '90s. 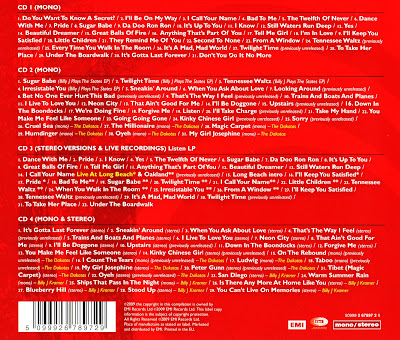