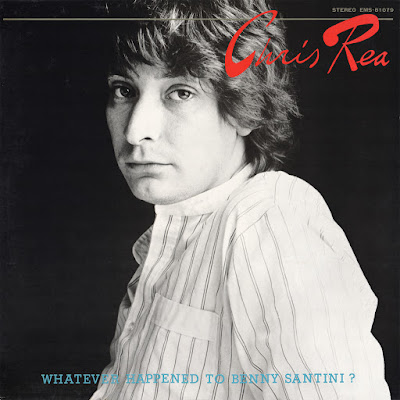 British singer and guitarist Chris Rea enjoyed a run of popularity in Europe during the late '80s and early '90s after almost a decade of recording. Rea started out performing with a local group called Magdalene, taking David Coverdale's place; the band won a national talent contest in 1975 as the Beautiful Losers, but still failed to get a record contract. Rea left the band and recorded the album Whatever Happened to Benny Santini? (an allusion to a discarded stage name), which went gold on the strength of the U.S. Top 20 hit "Fool (If You Think It's Over)." Rea was not heard from again in the U.S. for some time, concentrating his efforts on his main fan base in Europe. A compilation of tracks from Rea's '80s albums, New Light Through Old Windows, was released in 1988 and sold well in the U.K. and Europe and charted in the U.S. Rea followed it up with the critically acclaimed The Road to Hell, which many regarded as his best album. The Road to Hell and its follow-up, Auberge, went to the top of the U.K. album charts, but did not prove as successful in the U.S., where he has failed to chart with his subsequent releases. He released his most ambitious project in 2005, an 11-album, 130-track box set of all new material inspired by the blues and his own paintings called Blue Guitars. The fun The Return of the Fabulous Hofner Blue Notes appeared in 2008. 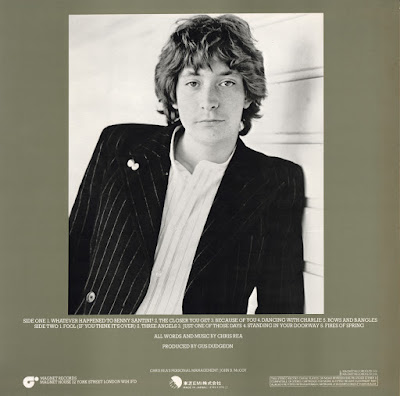 Though he had already cut a single, "So Much Love," for Magnet Records in 1975, this was Chris Rea's first full-length album. While "So Much Love" had basically disappeared quickly upon its release, the song "Fool (If You Think It's Over)" from Whatever Happened to Benny Santini? became his largest hit, especially in the U.S., where it was nominated for a Grammy (though it didn't win). Often the hit song from an album is not the best. In this case, though, it is. The rest of the album is somewhat mediocre, with too-polished production. Though Rea reportedly wasn't overly happy with the sound of the album, he did end up using the same producer for his next album, Deltics. The songs on Benny Santini are a mix of well-crafted, if unexciting, guitar rock pop songs and wistful ballads similar to, but not as strong as, "Fool (If You Think It's Over)." What makes the album stand out from similar late-'70s middle-of-the-road rock pop is Rea's voice. A gravelly, warm baritone, it's got a sort of Joe Cocker sound to it. A track like "Because of You" is made all the more touching by the emotiveness inherent in his voice. The album title refers to a name that Magnet Records was considering christening Rea with as a way to make him more spiffy sounding -- sort of the "John Cougar syndrome" that record labels sometimes have.