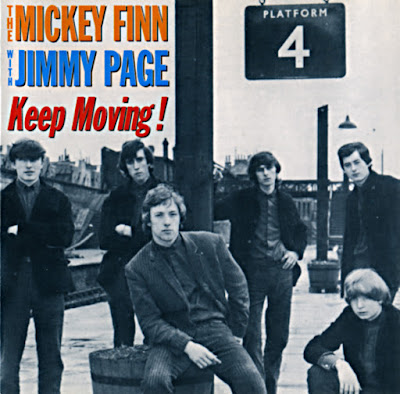 Mickey Finn, a band not a person, did a few non-hit singles in Britain in the mid-1960s, a couple of which are highly esteemed by British Invasion collectors. Originally known as Mickey Finn and the Blue Men, the band were also notable for including Jimmy Page as a member for a while, although only briefly. Whether he was a session man or a full-time member at the time, he probably plays on a few of their records. The best of those is "Night Comes Down" (produced by Shel Talmy), an R&B raver with a cool jazzy tempo and powerful vocal. Also good is "Garden of My Mind," a solid piece of freakbeat psychedelia that was on their last single, in 1967. "Night Comes Down" was reissued on AIP's Electric Sugarcubes Flashback compilation; "Garden of My Mind" and its flipside, "Time to Start Loving You," are on the same label's English Freakbeat Vol. 2; and the 1965 single "This Sporting Life," the other side of "Night Comes Down," is on the See For Miles anthology The R&B Scene. 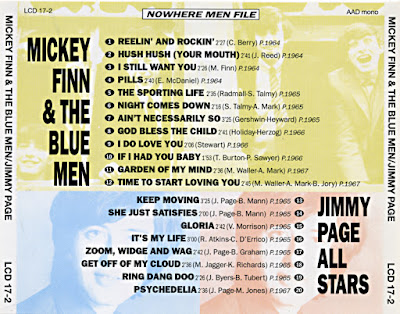 This compilation was released 17-2 / 1997. Most of the tracks were done by East Londoners "The Mickey Finn" who were responsible for the monster-freakbeater "Garden Of My Mind" (also included here). The compilers also put an eye on the work Jimmy Page was involved in and just gave the credits to "Jimmy Page Allstars" which was incorrect. I took the RIGHT band names from the Garage Compilation Database where it is also mentioned that the tracks 21 and 22 are not listed on the cover.