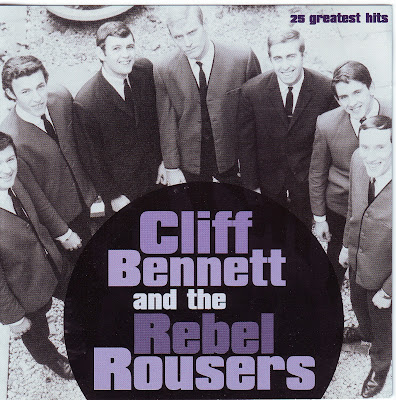 If Cliff Bennett's debut album could've come out a year sooner than it did, it just might've pushed Bennett and his band the Rebel Rousers to the front rank of British Invasion acts, and maybe just a few steps from the top rank of British beat artists at home -- it's that good. Even listening to it decades after it was recorded, it holds up almost as well as the Beatles' second album, and a lot better than the best albums by any of their Liverpool contemporaries Gerry & the Pacemakers or Billy J. Kramer & the Dakotas. In a way, it's not a surprise that the record should be this good, as Bennett was one of the most prodigiously talented singers on the British beat scene, and the album was a long time coming -- almost six years into his professional career. Lots of British beat acts tried to sound authentic, or at least comfortable doing American-style R&B. Some, like the Rolling Stones, the Who, the Small Faces, and the Pretty Things, made their stuff (or, at least, the vocals) sound almost more authentic than the real article; others, like the Beatles in their early days, did it on their own terms and made it sound as natural as if they'd spent years working clubs in New Orleans, Memphis, or wherever. On their self-titled first album, Bennett & the Rebel Rousers fit into the latter category. Supported more than ably by Howard Wendells' lead guitar and Mick Burt's highly underrated drumming, plus a pair of saxmen (Maurice Groves, Sid Phillips) and an organist (Roy Young) who were sympathetic to the materials, Bennett rose to the occasion of this debut long-player. His vocal range was phenomenal, and for sheer power he rivaled Paul McCartney -- in his lower register on "Make Yourself at Home" and his mid-range on "You've Really Got a Hold on Me," and then plunging into harder blues on "Ain't That Lovin' You Baby"; and the near-falsetto singing on "Steal Your Heart Away" is spellbinding. One can even forgive the cover of "Beautiful Dreamer," the kind of standard that was usual for the beat band to cover in those days, and they do a better job with it than one would expect. Producer John Burgess, who also worked with Johnny Kidd & the Pirates, evidently had learned by this time that it was best with one of these R&B-based acts to just get the band and the engineer on the same page and stand out of the way and let them do their stuff. However it was done, this is a piece of essential listening, and perhaps as quintessentially representative of the best of the British beat boom as any record this side of the Beatles' first two British LPs. And the only reason it doesn't get rated higher is that Bennett did even better work the next time out. 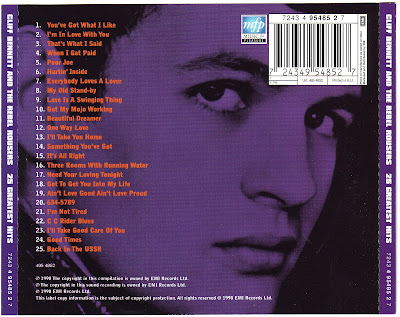