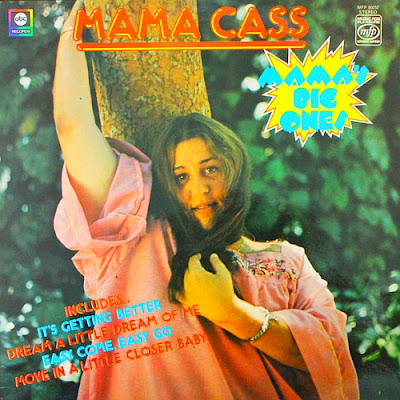 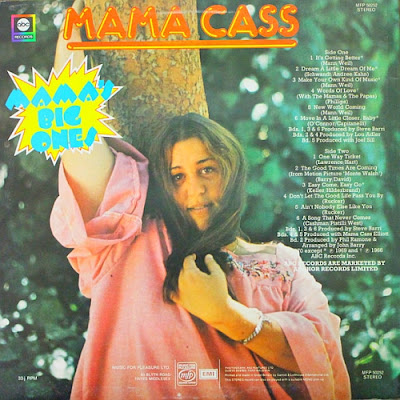 Mama Cass - Cass Elliot - real name: Ellen Naomi Cohen; USA singer, best known as part of The Mamas & The Papas. Born on September 19, 1941 in Baltimore, Maryland, USA, died on July 29, 1974 in London, England (heart attack). Cass Elliot was first a member of the folky "The Big 3" in 1963 and then "The Mugwumps" along with ex-"The Halifax Three" member Denny Doherty in 1964-65. Later in 1965 she joined former "The New Journeymen" members John Phillips, his wife Michelle Phillips and Denny Doherty (who had left "The Mugwumps" in 1965) and they formed "The Mamas & The Papas", with her taking the nickname Mama Cass. She was credited with creating the group name "The Mamas and The Papas" while watching a TV program, with the other band members, while temporarily residing in the U.S. Virgin Islands. Although some releases were still credited to Mama Cass Elliot, it was around this time that she used her original stage name, Cass Elliot.