Engelbert Humperdinck - A Man Without Love (1968) 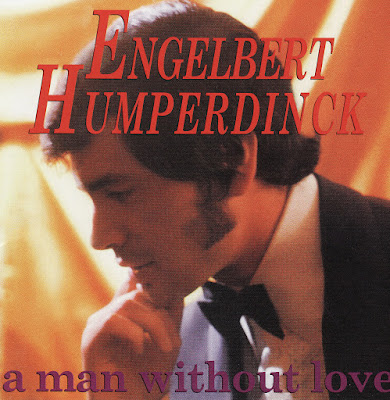 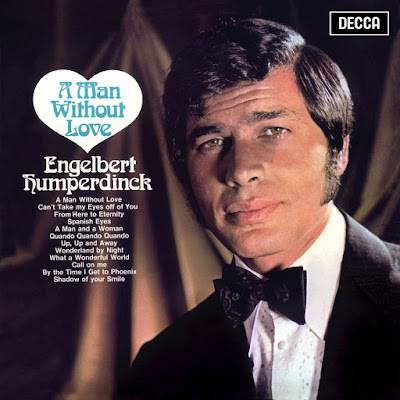 During the second half of the 1960s, Engelbert Humperdinck successfully bucked the current of pop/rock groups, singing romantic ballads that employed rock instrumentation along with strings to update the sound of the pre-rock classic pop singers he resembled. His third album, A Man Without Love, was rushed out in the wake of success from its title song, his fifth consecutive Top 40 hit, and it went gold and stayed in the charts for more than a year. (The compromise he represented was well depicted in the cover photo -- he had sideburns down to his jaw, but wore a tuxedo.) Typically, for an album cut to take advantage of a hot single, it was a collection of recent standards to which the singer could give his patented treatment. "Spanish Eyes," "A Man and a Woman," and "Quando, Quando, Quando," all share the European style of his hits, while "Up, Up and Away" and "By the Time I Get to Phoenix," both written by Jimmy Webb, are songs he handles well. There are no other Humperdinck hits beyond the title song, but the album is a consistent effort all the same. 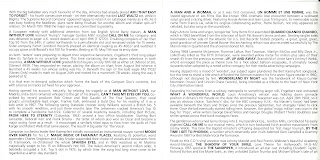 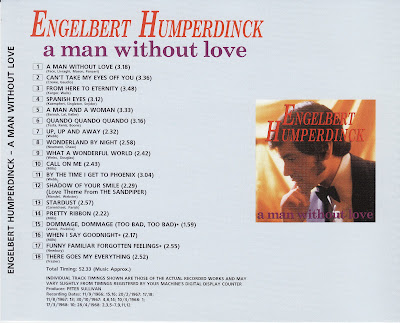