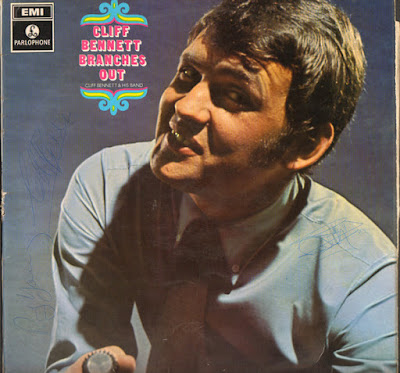 In 1959 he formed his first group, The Rebel Rousers, named after the theme of success of Duanne Eddy. With this first line-up, with amateur spirit, he did versions of topics rock for the dance halls. The band remained in this line for two years, playing around West Drayton, city where he resided Bennett at the time. The first training of The Rebel Rousers arrives in 1961, and was composed by Cliff Bennett (vocals), Mick King (guitar), Sid Phillips (SAX and piano), Moss Groves (SAX), Frank Allen (bass) and Mick Burt (drums). With this lineup, the group signed by EMI Records, and released their first single, «You got what I like», which got no great impact. «That´s what I said» was the second single, released in November of the year 1961, but neither had much success English lists, although it did grow the popularity of the group. Thus, the Group won a contract to play six months followed in the Star Club in Hamburg, but Mick King rejected this possibility, left the band and was replaced by Bernie Watson, then to guitar of The Savages. This replacement was temporary, since in November of the year 1962 Dave Wendells, ex The Crescents, occupied the place of Watson; and a year later, a member of the band the Star Club, Roy Young, joined The Rebel Rousers as second vocalist and pianist. After playing extensively since the end of the year 1961, three years later entered the Agency of Brian Epstein, The Beatles manager. In July 1964, Frank Allen left to join The Searchers. He was replaced by Bobby Thompson, from the Taylor´s band Kingsize. With this formation they recorded a theme of The Drifters, «One way love», which were edited at the end of the year 1964 and shortly after became the top ten British, which was the first hit for Bennett and his band. Nothing else begin 1965 there were more changes in the band: Wendells departed and Bobby Thompson joined another band, The Rockin´ Berries. To counter these low, Chas Hodges joined as bassist. This happened just edit another version of The Drifters, «I´ll take you home», which only became the forty-two post on the British charts. In the same year, were published two albums, Cliff Bennett & The Rebel Rousers and Try it baby, the two first records of long duration of the singer from Slough. In 1966 came the best success of Bennett and his band, a version of the «Got to get you into my life» from The Beatles, the footballer Paul McCartney produced. This single reached number six in the United Kingdom lists. After the release of the single, became the third album of the formation, «Driving you wild», edited by the end of the year 1966, which he clinched to put twenty-five lists. Just get the summer of 1968, Bennett left the Rebel Rousers, which followed along as The Roy Young Band. Cliff Bennett assembled a new group, The Cliff Bennett Band, along with Mick Green guitar, Robin McDonald on bass and Frank Farley on drums. With the support of a section, at the end of that year they released «One More Heartache», a version of Marvin Gaye, and this theme continued «Back in the USSR», The Beatles; both went almost unnoticed to the general public. Already in the year 1969, Green and McDonald left to play with Engelbert Humperdinck and, in July, Bennett formed his new band Toe Fat. Ephemeral existence, the group released two albums for the American label Rare Earth in his eighteen months of active life. Toe Fat and Toe Fat II were launched in the years 1970 and 1971 respectively, with little commercial impact, and in the last year, Bennett signed a new record deal with CBS. Cliff premiered back training, and released the album Rebellion, but continued to occur nothing extraordinary in terms of media and public expectation. After this, the British singer disappeared from the public scene for a while, and until the year 1975 not became to have hearing. It is in that year when Cliff Bennett assembled a new group, Shanghai, along with his old friend Mick Green, Brian Alterman on guitar, Speedy Keen on bass and Pete Kircher on drums. With a powerful sound rock / R & B, in the purest style Rebel Rousers, recorded the album Fallen Heroes which, although it failed, sales was better accepted than their previous adventure with Toe Fat. However, his style was not very consistent with the times, with punk knocking on the door, and Bennett decided to definitely turn the page. Since then, was retired from professional music, with the exception of any recording and occasional performances. 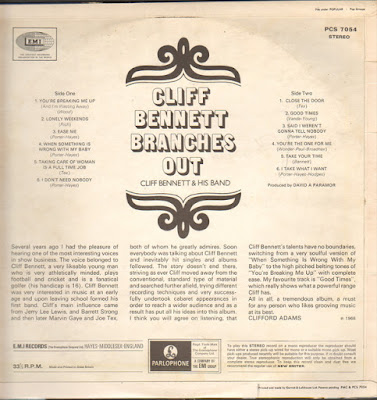