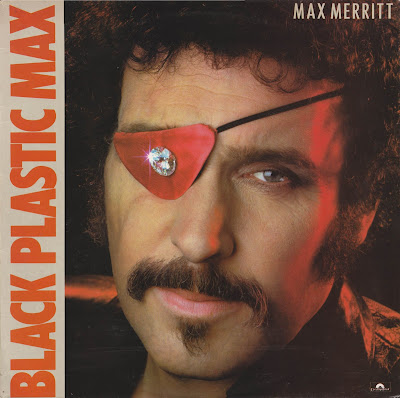 One of the longest-lived and most popular New Zealand bands of the early rock & roll era, Max Merritt & the Meteors were a pioneering institution of the Kiwi scene. Born in Christchurch on April 30, 1941, frontman Merritt quit school at the age of 15 to work as an apprentice bricklayer; rock music made its first impact at about the same time, and he eventually saved up enough money to buy an electric guitar. He soon formed the first Meteors lineup with bassist Ian Glass, pianist Peter Patene, saxophonist Ross Clancy, and drummer Pete Snowden; upon establishing residency at the Teenage Club, the area's first teen venue, the band became a local phenomenon, with its success inspiring so many likeminded performers that before long the Christchurch rock & roll scene was matched only by the thriving musical community in Auckland spearheaded by teen idol Johnny Devlin.

With his gritty vocals and impressive guitar skills, Merritt immediately acquired a sizable fan base; the Meteors lineup changed constantly, but regardless, he remained the focal point, and was even beginning to write his own material. In late 1959, their debut single, the Merritt original "Get a Haircut," became a huge regional hit, as did its follow-ups "Kiss Curl" and "C'mon Let's Go" (the latter becoming the title track of their 1960 debut LP). Though remaining essentially a local phenomenon, Merritt & the Meteors did not suffer the same quick fade-out experienced by the likes of Johnny Devlin; they continued riding high as the unrivaled kings of the Christchurch scene, even as the popularity of rock & roll diminished throughout the nation. Finally, in 1962, they left their hometown to pursue fame in Auckland, only to find longtime rivals Ray Columbus & the Invaders had already beaten them to the punch and staked their own claim to the area's music fans.

The Meteors' tenure on the Auckland club circuit was largely unsuccessful -- though highly respected by other musicians, the all-important teen crowd had already adopted Columbus' band as their new idols du jour. That left Merritt and his band to hit the road, and in 1963 they traveled to Australia; after six grueling months in Sydney, they returned to Auckland, which the Invaders had by now exited for greener pastures. Signing to Viking Records, the Meteors soon issued issued their first record in some months, an EP titled Giddy Up Max!; it fared poorly on the charts, but the label was so taken by the Meteors that they were installed as the Viking house band, playing backup to a variety of acts. They returned to Sydney in late 1964, and early the next year their long-awaited sophomore album, Max Merritt's Meteors, was finally issued; again, however, the commercial reception was poor, its release overshadowed by the ascendancy of new acts including the Easybeats.

With the addition of new drummer Bruno Lawrence, the Meteors took a turn toward a more soulful, Motown-influenced sound; in mid-1965, they released a cover of the Sam Cooke classic "Shake," which became their biggest hit to date, even cracking the Australian charts. Their follow-up, a rollicking rendition of Buster Brown's "Fanny Mae," was also well-received. While the band's management continued to promote the Meteors as wholesome and clean-cut, in truth they were becoming increasingly rebellious, living the debauched rock lifestyle to the hilt; after Merritt became obsessed with the music of Otis Redding, the bandmembers immersed themselves completely in blue-eyed soul, further baffling audiences of the period. Despite assembling what many fans believed to be the best Meteors lineup ever -- saxophonist Bob Bertles, bassist Yuk Harrison, and drummer Stewie Speer -- Merritt still struggled for acceptance; they accepted whatever gigs were offered them, playing the most remote areas of Australia just to remain afloat.

It was while traveling to the tiny town of Morwell on June 24, 1967, that the Meteors were involved in a horrific auto accident that left everyone but Harrison seriously injured; a series of benefit gigs was soon held in the band's honor. Ironically, the accident raised their visibility throughout Australia, and when they tentatively hit the comeback trail in early 1968, they began attracting real attention from the media and fans; their fellow musicians continued waxing enthusiastically about the Meteors' musical prowess, and as times changed, their hedonistic lifestyle made them newly attractive to clubgoers. By the end of the year, Merritt & the Meteors were the highest-paid group in the land, the undisputed leaders of an Australian soul music renaissance; in 1969, they even took over their own Melbourne pub, dubbed Max's Place, and cut their first single in close to three years, a cover of Jerry Butler's "Western Union Man." In early 1970, they also issued the smash Max Merritt & the Meteors, widely regarded as among the finest Australian LPs of the era.

Soon after, Harrison left the Meteors and was replaced by bassist Dave Russell; this new lineup recorded the album Stray Cats, which did not fare nearly as well as its predecessor. After a few more unsuccessful singles, including the Merritt original "Good Feeling" and a cover of Delaney & Bonnie's "Hello L.A., Bye Bye Birmingham," the Meteors were dropped from their contract with RCA in 1972. Still, they forged on, traveling to England for a series of live dates; alongside bands like Dr. Feelgood and Brinsley Schwarz, they became pioneers of the fledgling British pub rock scene. In the years to follow, London remained their base of operations, and they toured as an opener for acts including Slade, the Moody Blues, and Mountain; however, the other members of the Meteors all departed in 1974, leaving Merritt to scramble for work as a bricklayer. By the following year, however, he was back in action with a new, Nashville-inspired Meteors lineup, and in 1975 the group signed to Arista, debuting on the label with the single "A Little Easier."

An LP of the same name followed; the second single, the ballad "Slipping Away," reached the Top Five in both Australia and New Zealand -- some 16 years after first entering the studio, Merritt had scored the biggest hit of his career. A triumphant return to Australia heralded the release of the Meteors' second Arista LP, 1976's Out of the Blue; however, in Britain, the band remained a cult act, confined to the pub circuit and a handful of opening gigs. The initial emergence of punk had little negative effect on the Meteors -- indeed, they regularly performed in the company of bands including the Jam, the Stranglers, and the Vibrators; however, punk was the death knell for pub rock, and in December 1976 Merritt dissolved the group, bringing a 20-year run to an end. He soon relocated to Los Angeles, enjoying moderate success as a songwriter and solo performer; during the mid-'80s, Merritt often went back to Australia, occasionally returning to action fronting a procession of new Meteors lineups. 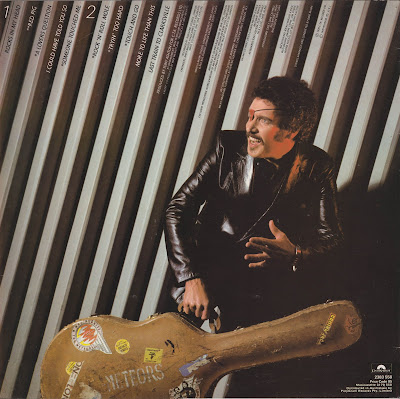