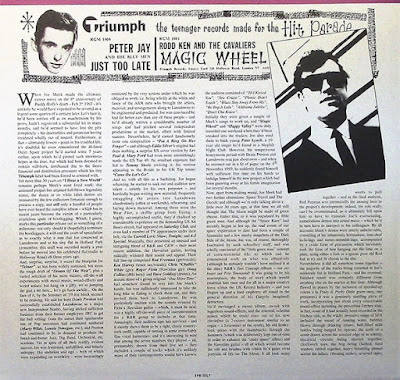 In 1960, Joe Meek -- already thinking in terms that couldn't be constrained by the limits of the day's technologies and marketing strategies -- devised a "concept LP" of sorts that speculated about the nature of life on the moon (this was almost ten years before Apollo 11). Working with a group of musicians he dubbed the Blue Men, this "outer space music fantasy" tried to conjure the mood of the cosmos with the clavioline, a Hawaiian guitar, a rinky-dink piano, and then-futuristic electronic noises and sound effects. Listening today, the largely instrumental work sounds futuristic in a very dated way, especially the Chipmunks-like, electronically sped-up voices that were meant to simulate those little green men. As Monty Python's Flying Circus would say, it all sounds a bit silly, but it's an interesting insight into his unique production techniques -- the sounds he sculpted for "Magnetic Field," for instance, are a clear forerunner of the electronic pulses that open and close "Telstar." Only four tracks from the opus were released at the time, on a super-rare EP; 30 years later, the RPM CD I Hear a New World presented the full work to the public for the first time. 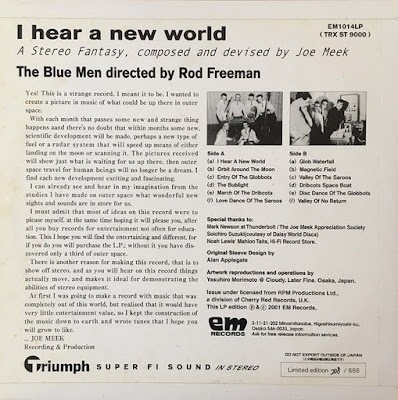