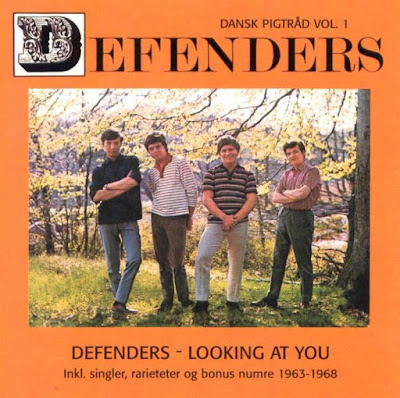 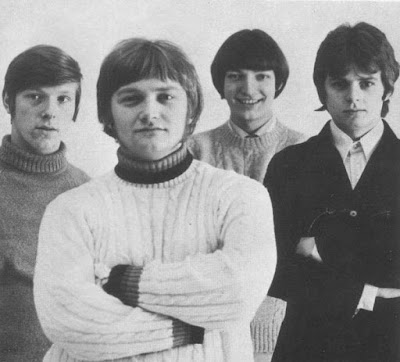 In 1962-63 they played locally, in places like Restaurant Cap Horn and Place Pigalle, inspired by Cliff Richards and The Shadows, and also 50`s rock, influenced by Flemming Sorensens love for Elvis Presley. Their first performance was in Restaurant Cap Horn where the the group got more work. In the summer of 1963 Defenders had a regular jog playing at Place Pigalle at Bakken.

Defenders reached the status as Denmarks most popular band in the years 1964-65. Defenders played a combination of r & and softer beat presented in a good spirited way. They performed nurmerous times on Danish and Swedish television. They also performed as a backingband for Gunilla Thom. Their greatest hit was the groups own composition, a sort of rock-cavalcade with lovingly ironic parodies of Stones, Hitmakers, Elvis and Defenders.

Defenders made their debut with new psychedelic style in Falkoner Centret in September 1967. In October Sorensen left and formed his own band Page One. Lead vocals were now sung by R. Hansen. Defenders kept on as a trio, and added Indian instruments to their sound, which can be heard at their only release as a trio. Defenders were finished as a band none the less, and called it quits in april 1968. 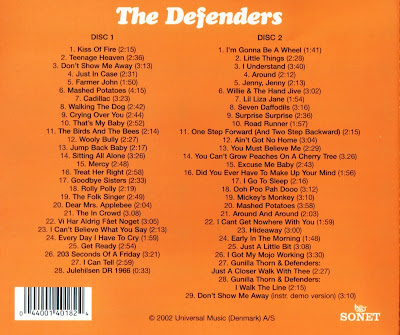