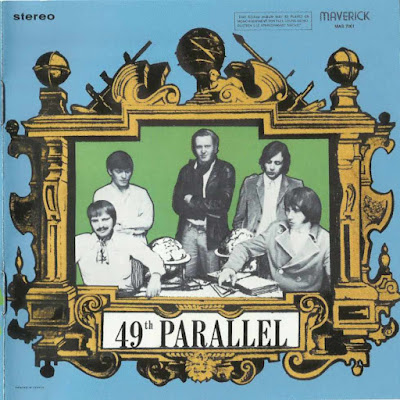 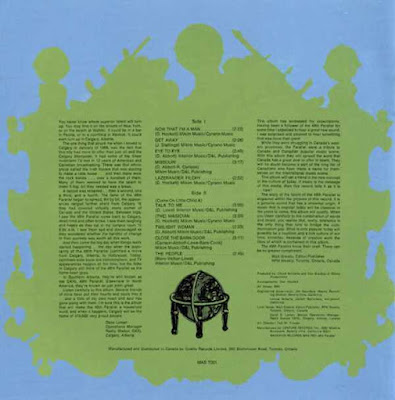 49th Parallel was one of an unusual breed of garage punk bands to come out of Canada in the mid-'60s. Originally known as the Shades of Blond when they were formed in Calgary, Alberta, Canada, the band featured Dennis Abbott on vocals, Dan Lowe and Bob Carlson on guitars, Dave Petch at the organ, Mick Woodhouse on bass, and Terry Bare on drums.

The band was signed to Gaiety Records and made their debut in mid-1967 with "Labourer," a piece of hard-edged garage punk, laden with fuzz-tone guitar and a defiant sneer, that sold moderately well in Canada. Their second single, "Blue Bonnie Blue" (co-written by a then-unknown Delaney Bramlett about the equally unknown Bonnie Bramlett, no less) had more of a lyrical folk-rock feel, though it kept its sharp edge in the singing and lyrics. Around this time, Woodhouse exited the lineup and was succeeded by Dave Downey on bass; he was later replaced by Alf Cook, and Dennis Mundy (and later Jack Velker) succeeded Petch on organ. In the spring of 1969, they finally had a national hit in Canada with "Twilight Woman," which charted in parts of the United States as well, and sounded like a poppier, slightly folkier version of the sound that bands like Tomorrow were generating in England.

The group was never able to capitalize on the success of "Twilight Woman" and its follow-up, "Now That I'm a Man," however, in part because they were unable to hold their lineup together. Lead singer Dennis Abbott quit after their release, and in the course of changing personnel -- with Doran Beattie replacing him -- their sound changed. By 1970, the group had changed its name to Painter. The latter group scored a modest hit with "West Coast Woman" and its follow-up, "Crazy Feeling," before the band was renamed Hammersmith in the early to mid-'70s. They, in turn, issued a pair of singles, "Feelin' Better" and "Late Night Lovin' Man."

At their best, 49th Parallel had a hard, cutting sound that could have put them in the front ranks of garage punk bands, their slashing guitars and swirling organ around Abbott's lead vocals making a compelling and memorable sound, which was easily adaptable to psychedelic punk. Their slow ballads were suitably spacey in a pop/rock vein, but it was their harder numbers that hold up best. Like a lot of '60s bands, they outlived their era and metamorphosed into new shapes and directions. Guitarist Dan Lowe later made a fortune in the field of multimedia sound design, as the inventor of Q-Sound.