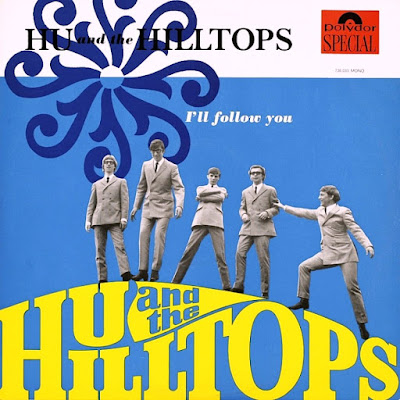 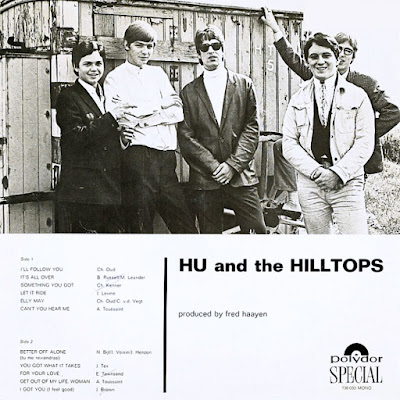 Biografie Hu And The Hilltops

The Hague rhythm & blues group that never breaks through on a large scale and is especially important as a supplier of more and less well-known musicians.

1965
Hu and The Hilltops play a lot in pubs and discotheques in The Hague. The band mainly plays rhythm & blues. Record company Polydor shows interest and signs the group.

1966
In the GTB studio in The Hague, which has since become a hit factory, the band records the first singles. Cry Me A River, a cover from Julie London, reaches number 27 in the Top 40. After this success, the band members give up their regular jobs and embark on the music. However, the second single Can't You Hear Me does nothing. The third single Something You Got is recorded in London and just reached the Top 40 in September. Den Heyer is being replaced by keyboard player Roy van der Merwe (also known as Roy Marley) to make the sound of the group sound more professional. Despite the lousy sound, the first and only album I'll Follow You gets some attention from the press and music world.

1967
Drummer Henk van Meerbeek is going abroad and is being replaced by Cesar Zuiderwijk (former Ladybirds). If the new single Touchin 'You Is Lovin' Flops You, the group will give up. Singer Fred de Wilde switches to Shocking Blue after Barry has thanked Hay (ex-Haigs) for this vacancy. Hans van Toorn continues as a solo artist under the name Ralph Anderson. Cesar Zuiderwijk will play drums with Livin 'Blues and from 1970 with Golden Earring.

1980
On 13 June a large-scale reunion concert will take place in The Hague under the name of The Hague Beatnach. For this occasion, Hu and The Hilltops are once again on stage, alongside bands such as Q 65 and Shocking Blue.

tags Hu And The Hilltops