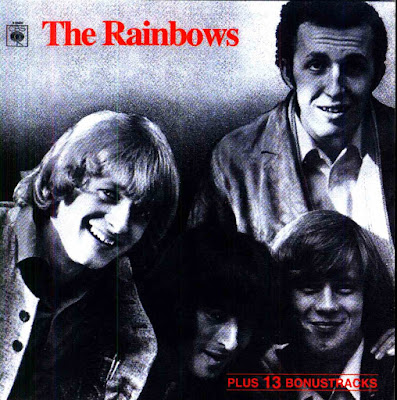 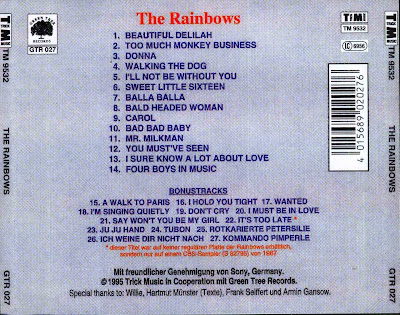 The biggest success was with the original Rainbows: "My Baby balla balla"
In 1963 they were elected to the third place in Germany in the Bravo Otto election.
Since they belonged to the top bands, their fees were already very high.
In the hit parade in 1963, they had landed directly behind the Rolling Stones .
In 1972 the band broke up.
Two musicians went abroad.
The rest of the band later played in other groups.

Email ThisBlogThis!Share to TwitterShare to FacebookShare to Pinterest
tags The Rainbows