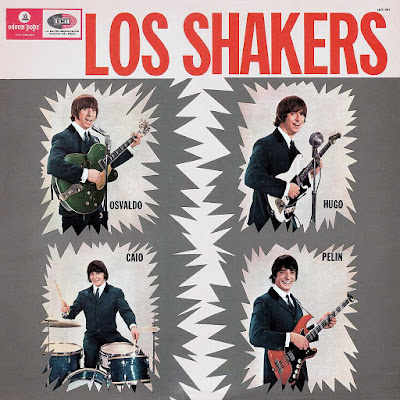 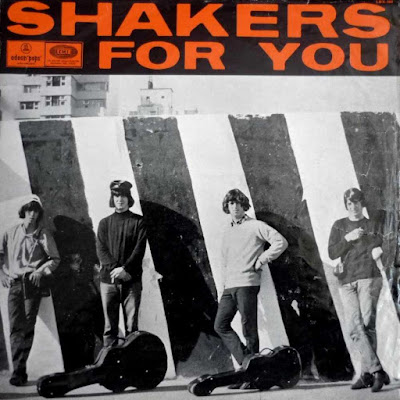 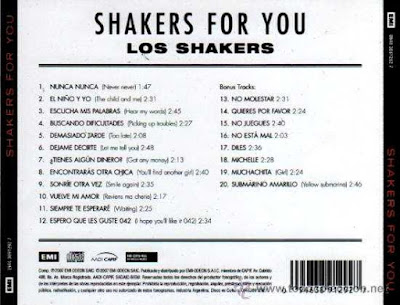 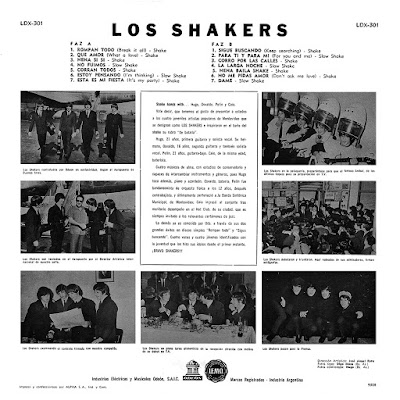 Los Shakers were a popular rock band in 1960s and was a part of the Uruguayan Invasion in Latin America. They were heavily influenced by the look and sound of the Beatles. In the late 1960s they would broaden and expand their musical direction before breaking up in 1969.

The band was formed in 1964 in Montevideo, Uruguay by brothers Hugo Fattoruso (lead guitar and keyboards) and Osvaldo Fattoruso (rhythm guitar), after watching the movie A Hard Days Night starring the Beatles. They were modeled after The Beatles and even adopted similar haircuts and clothing. The band sang many songs in English, despite their location, and gained their greatest popularity in Argentina.

They signed with the Odeon label of EMI in Argentina. The first single recorded as The Shakers was "Break it All", in 1965, followed by self-titled album later that year. For obvious reasons, the band focused their attentions almost exclusively on Latin America, but they did take one crack at the English-speaking market when they released the album Break it All, on the US-based Audio Fidelity label in 1966. The record (which featured re-recorded versions of many of the songs on their original LP and even a Spanish-language version of Beatles' "Ticket to Ride") was little more than a curiosity in America and was not a hit, but became a collector's item decades later, as would their second album, Shakers For You (released in 1966). Both albums were re-issued, with bonus tracks, on CD in 2007.

Reflecting the move towards psychedelia, their music went in a new direction. Their last studio album with the original line up, La Conferencia Secreta del Toto's Bar, released in 1968, mixed psychedelic influences with candombe and some tango sounds; the album has been described as a Latin American Sgt. Pepper's Lonely Hearts Club Band. However, their recording label (EMI) did not approve of this new sound, and left them without any promotion or support; it led to the band's split up. In 2005, the original lineup re-united, and recorded a CD Bonus Tracks and played in Argentina and Uruguay. Los Shakers would break up shortly thereafter.