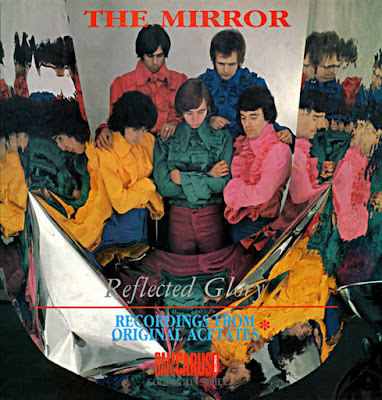 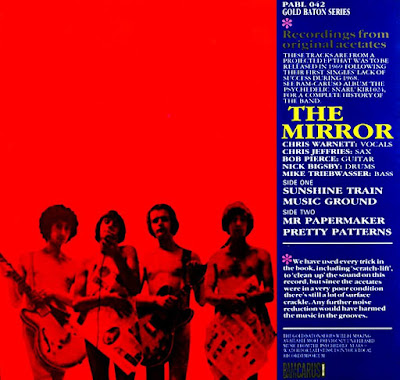 I can never get enough of the obscure, psychedelic sounds of Rubble, the twenty-volume Nuggets-inspired “freakbeat” and “pop sike” compilations from Bam Caruso Records and Phil Lloyd-Smee. If you like Nuggets or the British Nuggets II, there’s not a lot of overlap. I love all the Nuggets comps, too, but I’d give the Rubble collections the edge just because they required even more dedicated crate-digging. I think the effort was worth it.

The English from Bath (Somerset), formed in 1963 (formerly called The Dreaded Spectres) and released one single in 1968. In 1969 they were supposed to release an EP, but due to the lack of success of the first single, the EP never came out, and was released only in 1986 by the Barn-Caruso Records label.

One group I discovered on a Rubble comp is The Mirror, a British beat group who apparently reached the lower rungs of the German pop market as they made the scene on The Beat Club TV show with their song, “Gingerbread Man.”