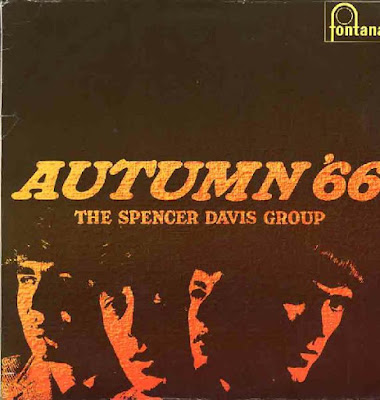 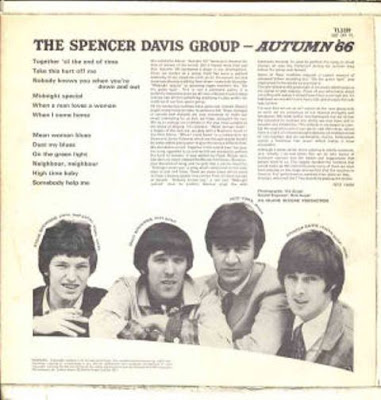 Autumn' 66 is the third studio album by the British rock group The Spencer Davis Group released in 1966. Although the album was not released in the US, the single "Somebody Help Me" was on the US Billboard Hot 100 charts for seven weeks and peaked at number 47 in July, 1967.

The Allmusic retrospective review by Richie Unterberger commented that "At the peak of their popularity, the Spencer Davis Group's albums were considerably less impressive than their hits", and criticized the album for relying too heavily on covers. However, they named the original songs "Somebody Help Me," "High Time Baby," "On the Green Light," and "When I Come Home" as highlights. 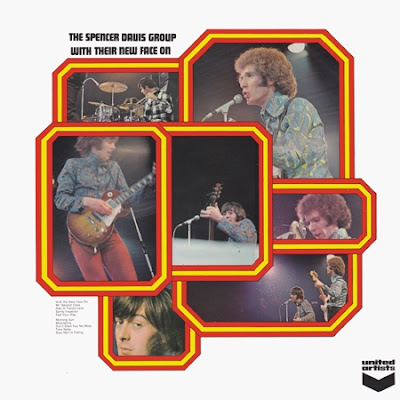 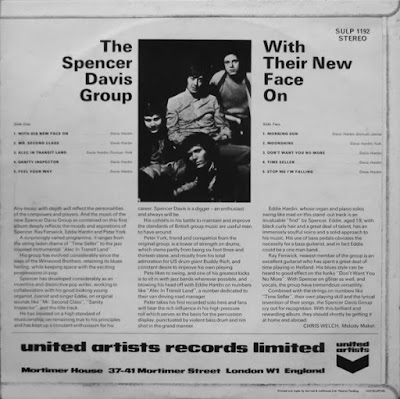 With Their New Face On is the fourth studio album by the Spencer Davis Group, the first to be released after the departure of Steve Winwood (to form the group Traffic), and his brother Muff Winwood. The album was released in 1968 in both the UK and the U.S. on the United Artists label.

The new lineup of the band included existing members Davis and drummer Pete York, plus Eddie Hardin on vocals and keyboards and singer/guitarist Phil Sawyer. Hardin had been part of a band called A Wild Uncertainty. Sawyer had played in The Fleur de Lys and Shotgun Express.

The album did not sell as well as those from the Winwood era, failing to chart in the UK and America. However both singles from the album, "Time Seller" and "Mr. Second Class", charted on the UK charts at number 30 and number 35 respectively. Sawyer would leave the band afterwards, replaced by Ray Fenwick. York would leave the band in 1969.

The album reflected a shift in musical style, expanding the band's pop/R&B roots to include the popular psychedelia of the time.

"Don't Want You No More" would be covered by The Allman Brothers Band on their self-titled 1969 debut album. The song had been released first as b-side to the 1967 "Time Seller" single and re-recorded for this album.

All tracks written by Spencer Davis and Eddie Hardin except where noted.