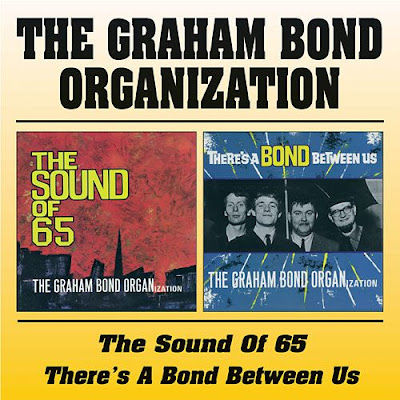 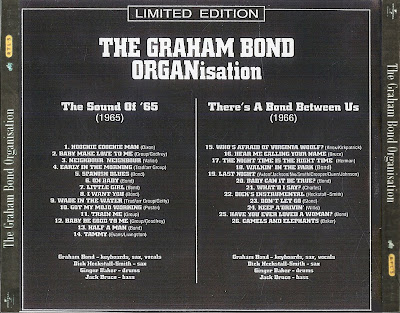 The Sound of '65 is the debut album by rhythm & blues/jazz group The Graham Bond Organisation and featuring its best-known line-up of Graham Bond on vocals, alto saxophone, Hammond B-3 organ and Mellotron, Jack Bruce on vocals, acoustic and electric basses and harmonica, Dick Heckstall-Smith on tenor and soprano saxophone and Ginger Baker on drums.

Melody Maker's Chris Welch has suggested The Sound of '65 "may have been the greatest album of the Sixties" and "one of the most exciting and influential of its time" given the respect paid by luminaries like Steve Winwood and Bill Bruford. This album and the group's second and last, There's a Bond Between Us are now considered "essential listening for anyone who is seriously interested in either British blues, The Rolling Stones' early sound, or the history of popular music, in England or America, during the late '50s and early '60s" and is also known among fans of Cream, which Bond's rhythm section joined in the next year.

There's a Bond Between Us is Bond's second album stakes out similar territory as his debut in a more polished but slightly less exciting fashion. Some of the covers are a bit routine and hackneyed, and the original material isn't quite as strong (or frequent) as on the first effort. On a few tunes, the group expands from rave-ups to mellower, jazzier ballads that retain an R&B base. Highlights include the early Jack Bruce composition "Hear Me Calling Your Name" (to which he also contributes a fine lead vocal) and the excellent Bond tune "Walkin' in the Park," which holds up to the best early British R&B numbers. The album is also notable for being one of the very first rock LPs to feature the Mellotron, which Bond uses subtly and well.