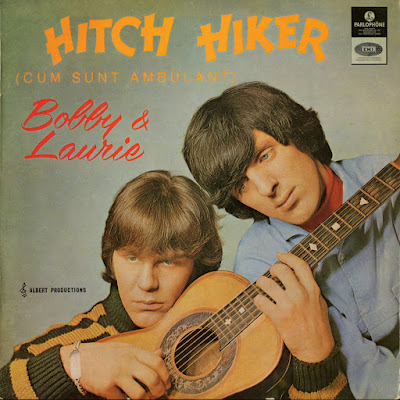 Sort of a mishmash of the Beatles, Peter & Gordon, and the Everly Brothers, Bobby & Laurie were one of Australia's first and best responses to the British Invasion. Comprised of Bobby Bright and Laurie Allan (who were both guys), they released no less than eight singles and three albums in Australia in 1965 and 1966. Writing much of their own material, they were quite popular in their day down under, although they made no impact whatsoever on the international scene. Featuring close harmonies in the Beatles' style, they were actually one of the better British Invasion-inspired acts, outclassing many U.K. groups following in the Fab Four's footsteps. Leaning toward the tougher rather than the wimpier side of Merseybeat, they also roamed fairly far afield for their cover material, choosing relatively obscure U.S. R&B numbers and British beat B-sides and flops. They pursued an increasingly country & western-oriented direction before splitting at the end of 1966. 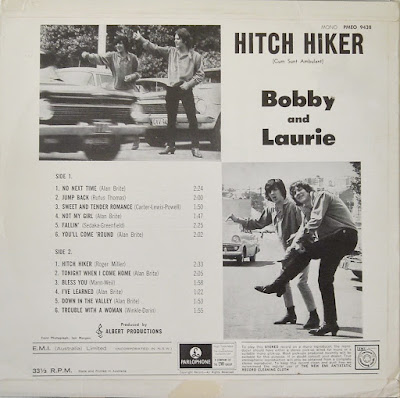