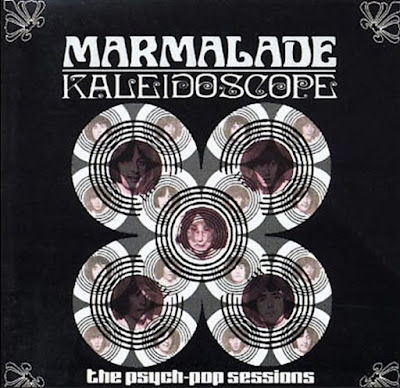 Scottish pop-rock group. Formed in east Glasgow in 1961, as the Gaylords, then as Dean Ford And The Gaylords from 1963 to 1966, when they settled on "Marmalade" as their name. With their tight harmonies well regarded in Scotland, the band earned a long residency at London's Marquee Club beginning in March 1967. Their most successful period came between 1968 to 1972, when they became the first Scottish act to land a #1 hit on the UK charts with 1969's cover of The Beatles 'Ob-La-Di, Ob-La-Da'. Original members began drifting away in early 1970's, the band evolved with many changes. With the departure of Graham Knight in September 2010, no original Marmalade members remained in the band. though they still exist touring the nostalgia circuit. 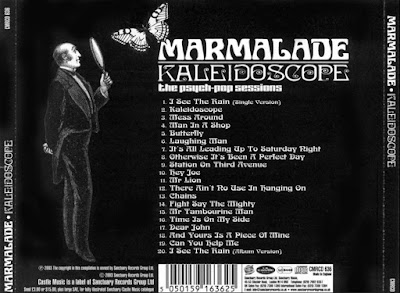 This 20-track compilation from Castle focuses on the colorful Scottish progressive rock outfit's lo-fi/R&B-infused late-'60s period. For a band that entered the public consciousness with a cover of the Beatles' "Ob-La-Di, Ob-La-Da," Marmalade did fairly well for themselves, scoring a hit with the infectious "I See the Rain," available in both the single and album versions here, as well as maintaining a career that crossed genres more than a few times. That said, Kaleidoscope: The Psych-Pop Sessions is just that, so anybody looking to delve further into the group's history, or are just looking for a copy of the aforementioned Beatles cover, would be better off with Sanctuary's two-disc Ultimate Collection.