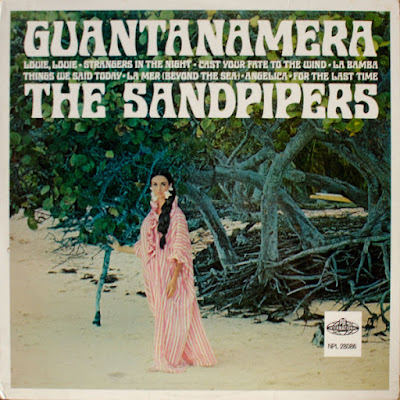 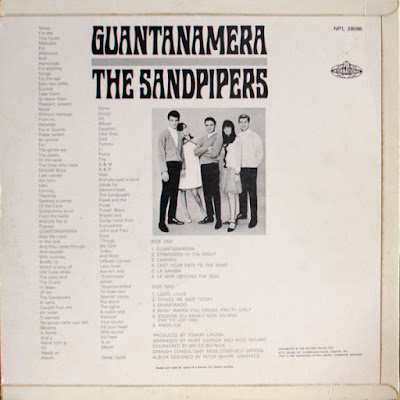 Guantanamera was an LP album, the first album featuring The Sandpipers, released by A&M Records in October 1966. The album reached #13 on the Billboard Top LPs chart, while the title track, released as a single, reached #9 on the Billboard Hot 100. Dolores Erickson appeared on the front cover which received a Grammy Award nomination for Best Album Cover - Photography.

The October 15, 1966 issue of Billboard Magazine reviewed the album.

In the 2012 novel A Quiet Life in Bedlam by Patricia Bjornstad, the lead character Kate Bamber relates a detailed fictional account (p. 94) of being the subject of the Guantanamera cover photo.