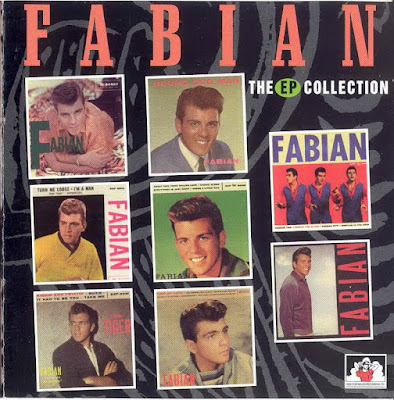 Thanks to a series of performances on Dick Clark's American Bandstand, Fabian rocketed to stardom in the late '50s. With his stylish good looks and mild rock & roll, he became one of the top teen idols of the era; luckily, he had the support of the legendary songwriting team of Doc Pomus and Mort Shuman, who provided him with "Turn Me Loose," "Hound Dog Man," and "I'm a Man," among other songs. Fabian's fame peaked in 1959 with the million-selling "Tiger" single; after that, he valiantly tried to become a movie star. When Congress fingered him as one of the performers who benefited from payola, his already-ailing career was given a nearly fatal blow; under questioning, Fabian explained that his records featured a substantial amount of electronic doctoring in order to improve his voice. After the hearings, he starred in some more movies in the '60s, without regaining the audience of his peak years. 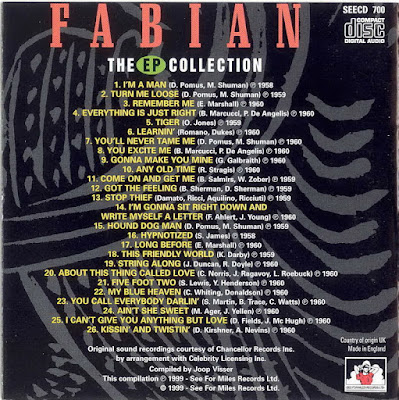