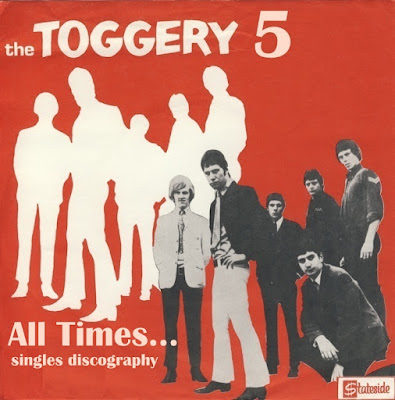 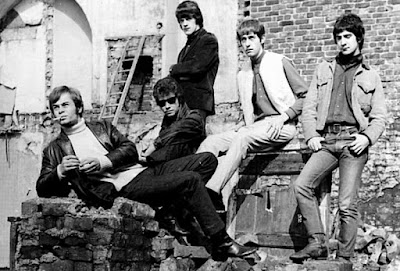 Manchester beat band The Toggery Five formed in 1963, and first rehearsed at the Thatched House pub in Stockport.
The group’s unusual name came from a clothes shop, The Toggery, owned by their manager Mike Cohen. He was going out with Coronation Street‘s Lucille Hewitt (actress Jenny Moss, who cut her own single Hobbies with Joe Meek) at the time and she came up with the name.The name of the band changed over the years and the change of personnel to "The Toggery Soul Band" (1965-1966), or "Paul Young's Toggery" (1966), or simply "The Toggery".

The band appeared on Rediffusion’s Ready Steady Win TV talent show in 1964, coming second in the final to Harrow’s Bo Street Runners, who won a deal with Decca Records. The runners-up prize for The Toggery Five was a Commer van.
Within a week of the Ready Steady Win final, their first single, I’m Gonna Jump, was released.
In February 1965 came a second, I’d Much Rather Be With The Boys. Written by Keith Richard and Rolling Stones manager Andrew Loog Oldham, it was a cracking song, given a suitably snotty vocal from The Toggery Five’s Paul Young. The B-side was Frank Renshaw’s own It’s So Easy, a fine moody number with strong harmonies.
The group had planned to release the Clint Ballard song I’m Alive as their third single in 1965.  They recorded it with The Hollies‘ producer Ron Richards at Abbey Road – which is presumably how the better-known group ended up cutting it soon after.
They also shared management – no wonder they suspected foul play and felt they’d been denied a #1 hit.
The band then faced several line-up changes and by 1966, with Renshaw gone but Paul Young still on vocals, they also included the nucleus of Jethro Tull in guitarist Mick Abrahams and drummer Clive Bunker.
A recording of Graham Gouldman’s Going Away stayed unreleased and they split for good at the end of 1966.
Paul Young eventually went on to score hit singles as lead singer with another Manchester band, Sad Cafe and shared vocal duties with Paul Carrack in Mike and The Mechanics. 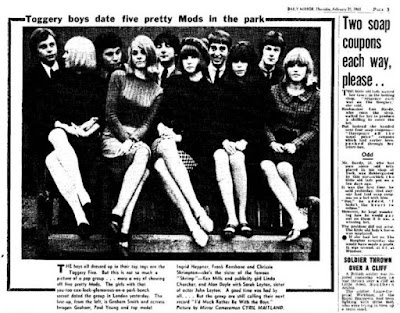 Biography by Bruce Eder
The Toggery Five were one of the more interesting failed groups from Manchester who missed in several attempts to carve a niche for themselves in pop/rock. Formed in 1963 by Mike Rabin (vocals), Frank Renshaw (lead guitar), Keith Meredith (rhythm guitar), Kenneth Hills (bass), and Graham Smith (drums), they finished second to the Bo Street Runners in a 1964 competition sponsored by the television music showcase Ready! Steady! Go! After signing to Parlophone Records in 1964, they released a debut single of "Bye Bye Bird" b/w "I'm Gonna Jump," which failed to chart. For their second single, the group was given a song co-authored by Andrew Oldham and Keith Richards, entitled "I'd Much Rather Be With the Boys," which was tuneful enough but not appropriate for the Rolling Stones (though the Stones did cut a demo that surfaced ten years later on the Metamorphosis album). The group did an admirable job, superior to that of the Stones in many ways, but the record failed to chart despite several television appearances promoting the song. During the next year, the band continued performing through several personnel changes, among those who passed through the Toggery Five were future Jethro Tull founding members Mick Abrahams and Clive Bunker on their way into the lineup of McGregory's Engine. Frank Renshaw subsequently played behind Wayne Fontana and later joined a post-1960s version of Herman's Hermits. 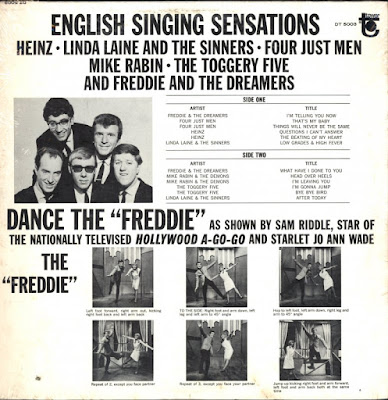 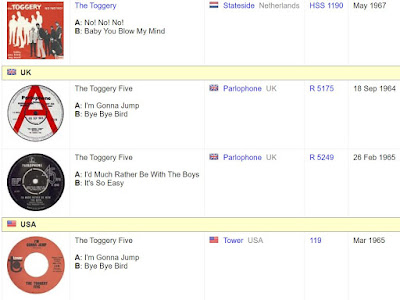