Cykle ‎– Featuring The Young Ones 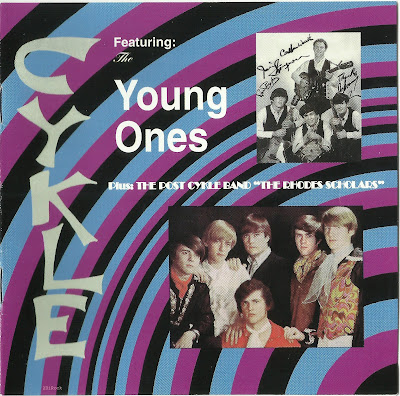 During the spring of 1968, songwriter and drummer Jimmy Sossamon heard a local group, the Glory Cykle, that impressed him so much that he approached them about becoming their manager, which they agreed to. The band -- guitarists Ralph Stevens and Jeff Hardin, bassist Grady Pope, organist Rick Wilson, and drummer/vocalist Ken Allen -- practiced at the studio Sossamon had built in his parent's garage, and by the end of the year, Sossamon had assumed the drumming duties to free up Allen as lead vocalist. They also shortened the band name to Cykle, and in early 1969, began recording an album consisting entirely of Sossamon originals. The resultant eponymous LP was pressed in small quantities later that year. Not long after, Sossamon moved to Charlotte to take a position as songwriter and session drummer for a studio. 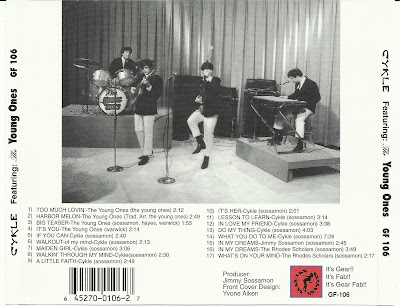