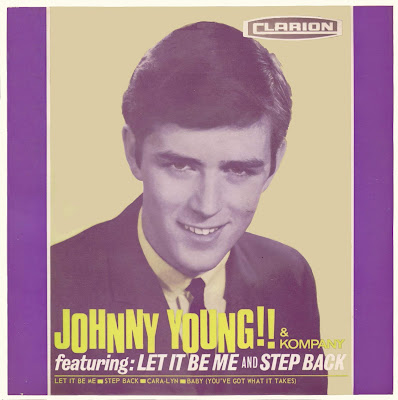 Johnny Young (born Johnny Benjamin de Jong; 12 March 1947) is a Dutch Australian singer, composer, record producer, disc jockey, television producer and host. Originally from Rotterdam, Netherlands, his family settled in Perth, Western Australia in the early 1950s. Young had a career in the 1960s as a pop singer and had a number one hit with the double-A-side, "Step Back" and "Cara-lyn" in 1966, and his profile was enhanced by a concurrent stint as host of the TV pop program The Go!! Show. As a composer, he penned number one hits, "The Real Thing" and "The Girl That I Love" for Russell Morris, "The Star" for Ross D. Wyllie and "I Thank You" for Lionel Rose and the hit single "Smiley" for Ronnie Burns. After his pop career ended he returned to TV where he presented and produced the popular television show, Young Talent Time, which screened on Network Ten from 1971 to 1988 – it launched the careers of numerous teen pop stars especially Jamie Redfern, Debra Byrne (then known as Debbie Byrne), Dannii Minogue and Tina Arena, as well as Jane Scali, Sally Boyden and Karen Knowles – typically each episode closed with a sing-along rendition of The Beatles song "All My Loving". 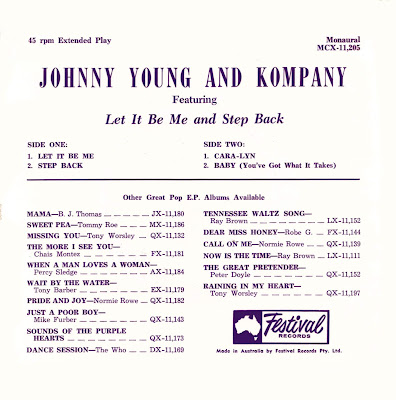