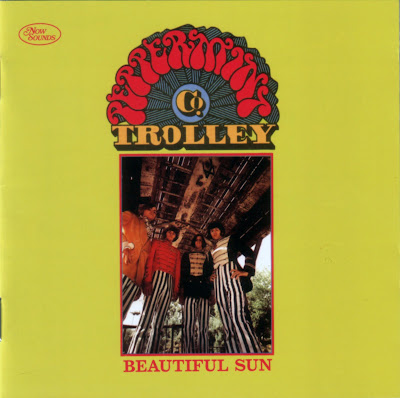 Formed in Redlands, CA, in 1967, Peppermint Trolley Company managed to release one album and five singles. They were one of the initial bands signed to the Acta label, whose biggest success was the American Breed "Bend Me Shape Me." Only one of Peppermint's singles managed to make the charts, "Baby You Come Rollin' Across My Mind." It peaked at number 59 in the summer of 1968. They managed to keep a relatively high profile by performing the weekly TV theme songs for Love American Style and the first season of The Brady Bunch (the cast members sang the theme from the second season on). The band consisted of Bob Cheevers (vocals and guitar), Jimmie Faragher (bass, guitar, and sax), Danny Faragher (keyboards), Casey Cunningham (guitar and flute), and Greg Tornouist (drums). Their success was short lived and by the early '70s the band changed their name to Bones and finally the Faragher Brothers before disbanding. Bob Cheevers gained success as a solo artist, releasing several discs in the contemporary folk genre. 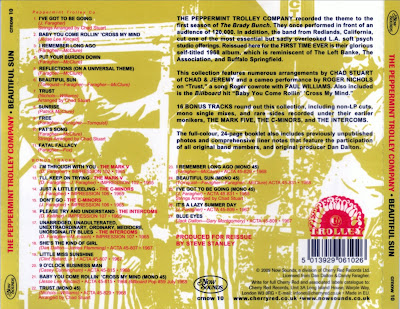