The Gants - I Wonder (Compilation ) 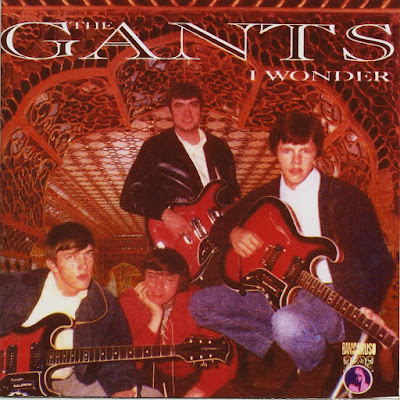 An identically titled compilation of Gants material, with identical liner notes, appeared as an 18-track LP on Bam Caruso in 1988. This is essentially a CD expansion of that album, retaining all 18 songs from the LP and adding a further dozen for a total of thirty. Hence it's a preferable makeover from every vantage point, particularly as it includes three vital tracks that were somehow omitted from the LP configuration: "Roadrunner" (their sole national hit), their 1966 single "Little Boy Sad" (a crunching cover of a song previously done by Johnny Burnette), and the Rolling Stones-like original "(You Can't Blow) Smoke Rings." As with the 1988 Bam Caruso LP, star tracks include the country-rock beat ballad "Spoonful of Sugar" (which recalls the material on Beatles for Sale), the Merseybeat imitation "I Don't Want to See Her Again," and the poignant folk-rocker "I Wonder." A few tracks with strings produced by future Bread leader David Gates in 1967 are okay, but don't fit the group's best qualities. On the other hand, it has to be noted that most of the covers of rock and R&B hits (like "Kicks," "Out of Sight," "Rain," and "Good Lovin'") that comprise most of the newly added cuts are inessential, and that the original "I'm a Snake" is nothing more than a clumsy rewrite of "Roadrunner." 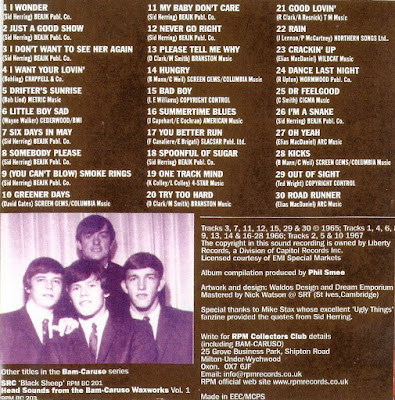 One of the relatively few garage bands from the Deep South to make a national impression in the mid-'60s, the Gants hit the Top 50 in 1965 with their cover of "Roadrunner." Liberty Records then preceded to bleed the band dry by issuing three cover-heavy albums and five more singles in the next year and a half. They deserved better, because lead singer and guitarist Sid Herring was a performer and songwriter of some talent. Too Beatlesque to be considered a garage band in the usual mold, their original material approximated elements of the Fab Four's sound circa 1965 with a blend of mid-tempo acoustic and electric guitars, close harmonies, and a slight country feel. Herring himself sounded like Lennon, and he wasn't above reworking melodic phrases from "In My Life" and "From Me to You." The strong material tended to be dwarfed by their rushed, cover-heavy albums, and the group never had another hit after "Roadrunner." 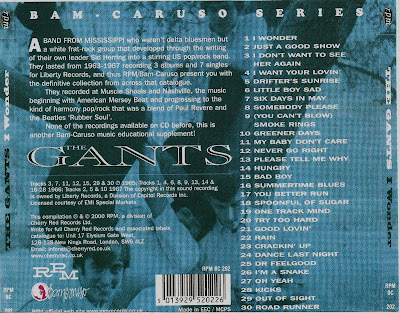