Randy Bachman - By George by Bachman 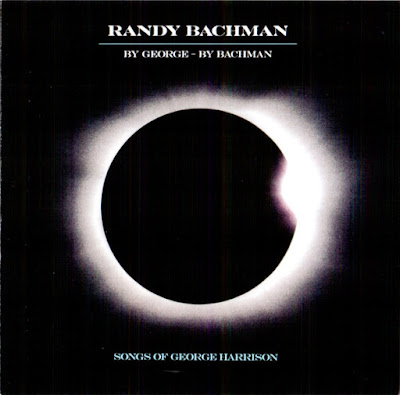 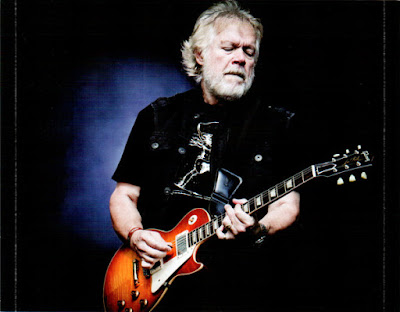 Randy Bachman is a Canadian rock guitarist and singer. He was born in Winnipeg and was a member of Chad Allen & the Expressions, which evolved into the Guess Who, the most successful Canadian rock band of the 1960s. He left the Guess Who in July 1970, made a solo album, Axe, and then formed Brave Belt, which evolved by 1972 into Bachman-Turner Overdrive (BTO). He left BTO in April 1977, made a second solo album, Survivor (1978), and then launched a new band, Ironhorse, in 1979, but was back touring with the Guess Who in 1983 and then with BTO by 1984. Another solo album, Any Road, was released on Guitar Recordings in 1993. The live Every Song Tells a Story appeared in 2002 from True North, followed by JazzThing in 2004 from Maximum Jazz. The Bachman Cummings Songbook saw the light in 2006. Also in 2006, Bachman issued a collection of unreleased Bachman Cummings project songs (originally recorded in 1987) dubbed The Thunderbird Trax. In 2007, another jazz-flavored release (JazzThing II) was issued, along with the Bachman Cummings cover album Jukebox. A DVD document of Bachman's July 7, 2007 live performance at the Montreal Jazz Festival was issued in July of 2008. For the 2008 holidays, Bachman released an album of Christmas favorites (Takin' Care of Christmas) -- with the titular track being a reworked version of the BTO classic "Takin' Care of Business." In 2010 Bachman and Fred Turner issued an eponymous studio album (Bachman & Turner), and in 2015 Bachman released the star-studded solo outing Heavy Blues, which featured appearances from Neil Young, Jeff Healey, Joe Bonamassa, and Peter Frampton. In the wake of Heavy Blues, Bachman continued to play live and host his Vinyl Tap show on CBC radio.
This is an odd one, or maybe just unexpected. Bachman has been issuing solo albums for many years, and By George By Bachman is Randy Bachman’s first studio release since 2015’s Heavy Blues. By George By Bachman is a tribute album of sorts to George Harrison. I say ‘of sorts’ as this is not our typical tribute album.
Bachman is a Beatles fan. He played with Ringo Starr and his All Starr Band in 1995 (you can hear him with that band on Ringo Starr and His Third All Starr Band, Volume 1, released in 1997) . He has often demonstrated the opening chord of “A Hard Day’s Night”, and he has played The Beatles (both solo and as a band) on his weekly radio show. He has covered the Beatles in the past with Burton Cummings on the 2007 release On Jukebox  (they covered “I’m Happy Just To Dance With You”). He loves The Beatles, so a tribute album to a fellow guitarist is not the odd part of this release. It is how he has decided to interpret the songs. He does not stick to the original arrangements at all, and often, one is left wondering what song it is until he starts singing.
Sometimes this works, his version of “You Like Me Too Much” is quite intriguing and works very well. He actually ties in hints of “In My Life” in slide guitar played in a very Harrison style. And he turns “Don’t Bother Me” into a Bachman Turner Overdrive rocker.  It works, as Bachman puts his own stamp on the songs while maintaining what is brilliant about the song.
Where it does not work, it really does not work. The reggae tinged version of “Here Comes The Sun” is an example, as it loses the beauty of that classic guitar riff. The same with “Something”. While I understand the intent, it just does not do justice to the song. But these songs demonstrate Bachman’s attempt to reinvent the songs. He takes the originals as a framework and bends the songs to his own shape. This allows him to play with genres and styles.
Bachman and drummer, Mark LaFrance have done an excellent job with the production of the song, incorporating many different instruments and sounds. Joining Bachman and LaFrance are Mike Dalla-Vee on bass and keyboards and Brent Knudsen on additional guitars. Walter Trout provides some intense guitaring on the thundering version of “While My Guitar Gently Weeps”.
Bachman wrote one song for the album, the opening and closing track, “Between Two Mountains”, perhaps the highlight of the album. A heartfelt song that is more influenced by Harrison than about him. The sitar adds a great deal and the song is simply beautiful.
By George By Bachman was released very close to Harrison’s birthday, and in many ways is a fitting tribute to the legendary guitarist. Harrison himself did not always stick the traditional arrangements when he covered songs (listen to his version of “Bye Bye Love” on his 1974 release, Dark Horse as an example), so Bachman interpreting the songs as he hears them is right in line with Harrison. I would have like Bachman to do more solo Harrison, as the album focuses on his days with The Beatles, and although he wrote some pretty amazing things with The Beatles, he wrote equally stunning material as a solo artist.
I don’t know how run of the mill Beatle fans will take to this, nor do I know how Bachman fans are going to feel about his experimentation with genres throughout this album. For me, it is was a fascinating and interesting listening experience and an album I will return to to figure out Bachman’s intention with each song. 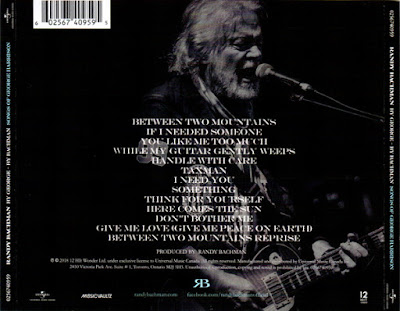