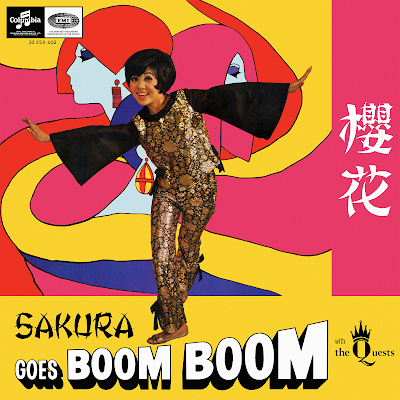 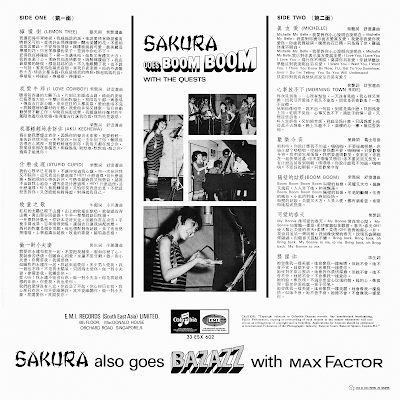 Ying Hua, best known by her stage name of Sakura Teng, was born in Muar, state of Johor, Malaysia, in May 1948. She grew up there, where she received her education in Chinese and English, but has always been mistaken for a Singaporean as she had been living in the republic until the mid '80s.

During her years in school, Sakura won many singing competitions as well as many public speaking awards. Despite being a top student, and having decided to become a singer, at the tender age of sixteen she quit school and moved to Singapore.

Her music career began in 1965, when she was just seventeen, at the now defunct New World, an amusement park located in the central area of Singapore.

On her path to fame, Sakura was lucky enough to meet Su Yin (舒雲), a.k.a. Henry Foo, a Singaporean singer, songwriter and lyricist, who was also the A&R manager for the Chinese section at Columbia / EMI.

He immediately recognized her potential, and in 1966 she was signed by the label. Her first 7" EP was an instant hit: it sold 25,000 copies and became the first in a very long series of successful releases which lasted until the early '80s.

Interestingly, her stage name is actually a literal translation of her Chinese name, which means 'cherry blossom' in Mandarin. Apparently she was given the nickname when she started singing Japanese numbers in Chinese during her early stage performances.

Sakura recorded many fabulous Mandarin covers of popular English songs and she was part of the pioneers who launched the Rock Movement in Singapore. Along with Rita Chao, with whom she joined forces on many recordings during the late '60s, they were both known as 'A Go-Go Queens of the Sixties'.

Sakura and Rita began performing as a double act in 1967, as both singers were doing well and EMI felt that pairing them would give both their careers a boost. Together they toured Singapore, Malaysia, Taiwan, Hong Kong and Japan, building a fan base at each port of call.

On stage, Chao usually played the part of the impish naif, while Sakura was the more mature half of the duo. They split up in the mid '70s but are still fondly remembered.

During her heyday in the '60s and '70s, Sakura cut more than fifty records and she also came to be known as the 'Yodelling Singer' for her vocal 'trademark'.

She still is one of the most popular female Mandarin singers, and during her career she also recorded songs in many other languages including English, Japanese, Cantonese and Malay.

In 1985 Sakura relocated to the U.S.; since then she has quit recording but she kept on performing live until 2013, when she definitively retired at the age of 65.