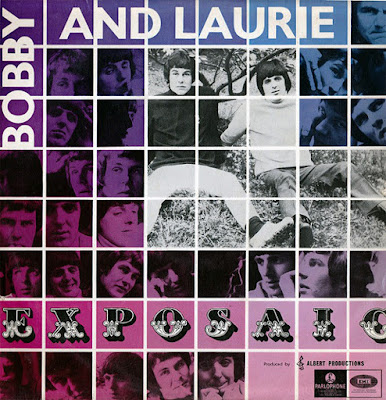 The Rondells Mark I (aka The Impalas)

Although perhaps not as well-remembered today as some of their contemporaries,  vocal duo Bobby & Laurie (accompanied by their regular backing band, The Rondells) cut a series of hit singles that helped usher in the Australian beat movement.

Laurie Allen started out in 1959 as lead guitarist for a band called Malcolm Arthur and The Knights (one of the first rock ‘n’ roll outfits on the Melbourne scene). Meanwhile, Bobby Bright recorded two solo singles in 1963 – Girls Never Notice Me and Defeated By His Heart.

Bobby and Laurie first teamed up as members of a revue act called The Roulettes before striking out on their own in 1964. Their first single was a superb Laurie Allen original, I Belong With You, which made the Australian Top 10 in March 1965. The song also won Laurie an Australian Record Award for Best Composition in 1965.

The pair became regulars on the Go!! show in Melbourne and enjoyed three more hit singles in 1965 – Someone, Judy Green and Crazy Country.

Signing with Albert Productions (home of The Easybeats) in 1966, they issued the singles Sweet and Tender Romance, a version of Roger Miller’s Hitchhiker, High Noon and Every Second Day. In the wake of the #1 chart success of Hitchhiker, the duo hosted the 30-minute Friday night teenage pop show Dig We Must on the Australian ABC television network (Channel 2).

Unfortunately, the show’s “young adult” trappings turned their young fans off the show and away from Bobby and Laurie. Frustrations came to a head and the pair split up in February 1967. Their final album, Exposaic, was almost entirely Country music.

Bobby and Laurie reunited in 1969 for the singles The Carroll County Accident, Through The Eyes of Love and I’m Gonna Be A Wheel Someday. By late 1971 their reunion had run its course, though they have teamed up from time to time on the nostalgia circuit. 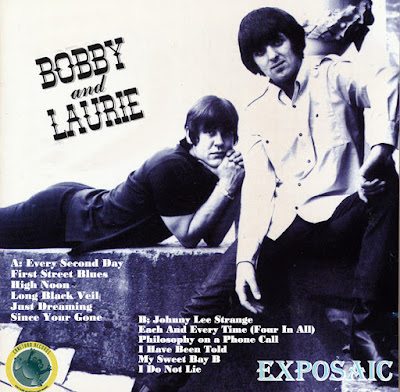