Samantha Jones - Surrounded By A Ray Of Sunshine 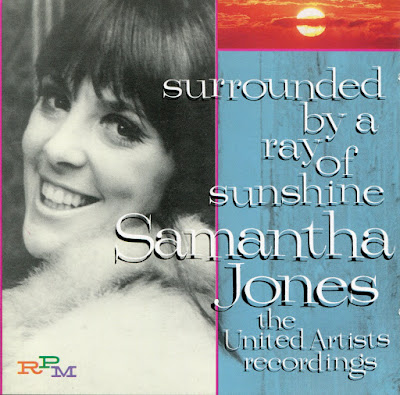 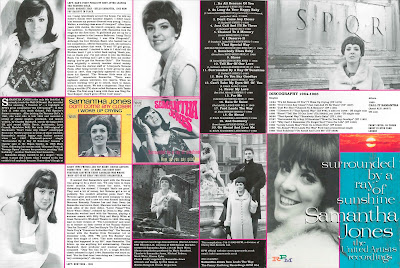 A one-time key member of the Vernons Girls, Samantha Jones bidded fair for stardom in her own right in early-'60s England -- some think she might even have been a potential rival to Dusty Springfield had things gone right -- but somehow she never made the cut. Born Jean Owen, she'd distinguished herself among the dozens of women who passed through the ranks of the Vernons Girls and had sung on all of the group's early-'60s hits for English Decca before exiting in 1964. Jones signed with United Artists and recorded in England with ex-Vernons Girls arranger Charles Blackwell and in America with producers Gerry Granahan and Arnold Goland ("No Chemise, Please"). Jones was modestly successful in England despite a powerful voice and great songs to work with, and her magnum opus with Granahan, "I Deserve It," which compares favorably with the best work of Darlene Love or the Ronettes with Phil Spector, never even got released in the U.K. until 1994. She later scored hits in the category of Northern soul and retreated to more of an MOR style in the 1970s. 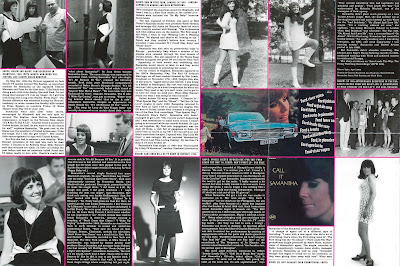 Surrounded By a Ray of Sunshine: The UA Recordings
This has 20 tracks from her 1964-68 stint with United Artists, concentrating on the ten or so singles she made during that era, with a few LP cuts, a previously unreleased 1964 version of "As Long As You're Happy" (more famous as done by Sandie Shaw), and a rare Ford Cars promotional single. Jones was an okay but not great singer. These sides, some of them anyway, are most noteworthy for the inventive pop/rock-soul-orchestral production, particularly those by Charles Blackwell, who also handled Francoise Hardy and P.J. Proby during the era. Her 1964 debut single, "It's All Because of You," is stunning and strange for the time with its ghostly echoing percussive rattles, ominous melody, and brilliant orchestration; it's like Cilla Black's "You're My World" with more ambition. Francoise Hardy fans should note that the 1965 cuts "Don't Come Any Closer" and "Just Call and I'll Be There" are the English originals of tunes subsequently covered by Hardy in French (as "Non Ce N'est Pas Un Reve," and "Le Temps Des Souvenirs" respectively). The arrangements of Jones' versions are pretty close to the Hardy ones, unsurprisingly since Blackwell was also Hardy's producer, though it must be said that the Hardy covers outclass the originals in both sound and vocals. Also here is the too blatant Phil Spector sound-alike "I Deserve It," recorded in New York in 1965 and arranged by ex-Spector arranger Arnold Goland. Some of the rest is just sufficient period British girl-sung pop, like second-division Dusty Springfield (not that that's such a bad thing). Sometimes the material and settings get quite blue-eyed soulful; the Ford car advert "Ford Leads the Way" is actually a pretty swinging number. There are some curious, highly debatable choices in the track selection; a few tunes from the mid-'60s singles were left off (including the 1964 B-side "I Woke up Crying," described in the liner notes as "just as strong" as "It's All Because of You"). At the same time, some unnecessary covers from her 1968 LP were included, and there was certainly room for a few more songs on the disc. Still, it fills a significant gap in 1960s British pop back catalog, particularly if you're a fan of female pop/rock singers from the time. 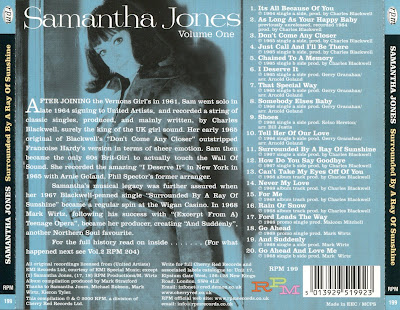