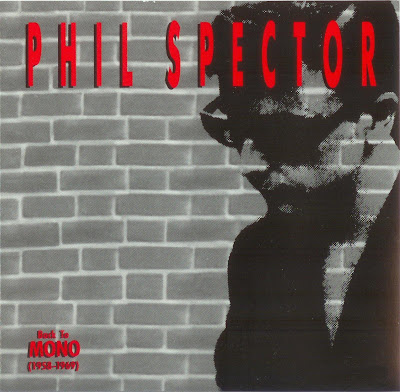 Back to Mono (1958-1969) is a box set four-disc compilation of the recorded work of record producer Phil Spector, during the decade of the 1960s, released 1991, ABKCO 7118-2. The first track, "To Know Him Is To Love Him," presents the only exception as it was released in 1958, featuring Spector as performer as well, as part of the group The Teddy Bears. Initially a vinyl album-sized package, the box contained a booklet with photographs, complete song lyrics, discographical information, and a reproduction of the essay on Spector by Tom Wolfe, "The First Tycoon of Teen." 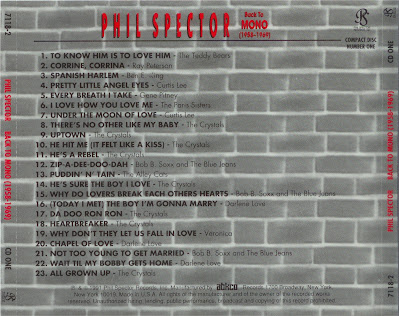 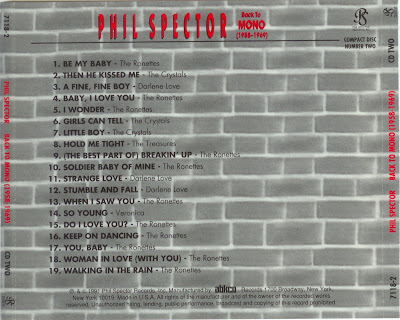 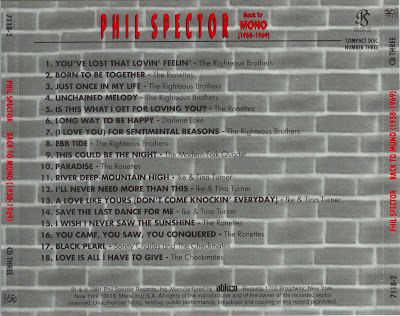 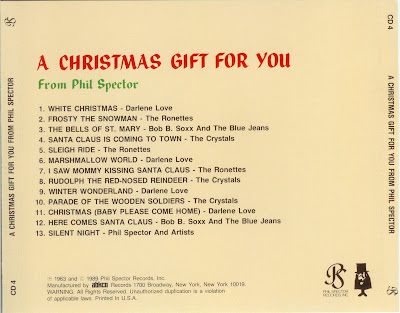 At the time Back to Mono was released in 1991, Phil Spector's reputation as one of pop's great visionaries was intact, but there was no way to hear his genius. It wasn't just that there were no collections spotlighting his productions, there weren't collections of artists he produced. It wasn't until Back to Mono that there was a thorough overview of Spector's greatest work, and while it's not without flaws, it still stands as one of the great box sets. Some may complain that there are no selections from his superstar '70s productions for John Lennon, George Harrison, Leonard Cohen, and the Ramones, but that's for the best, since their presence would have been incongruous, taking attention away from the music that forms the heart of Spector's legacy. All of that music is here, not just on the first three discs, all devoted to singles, but also on the fourth disc, his seminal 1963 holiday album, A Christmas Gift for You, which isn't just the greatest rock Christmas album, but a crystallization of his skills. It could be argued that the song selection overlooks some obscure fan favorites, such as "Do the Screw," but that's simply nitpicking, because what's here are all the great Spector records, which were hardly just great productions, they were great songs as well. As the set plays, it's hard not to be stunned by the depth of the material and clarity of Spector's vision for his famed Wall of Sound, whether you've heard these songs hundreds of times or not at all -- especially because they gain power when grouped together. Many producers have been credited as the true creative force behind many rock records, but usually that's hyperbole. In Spector's case, it wasn't, as this set gloriously proves.
Track list