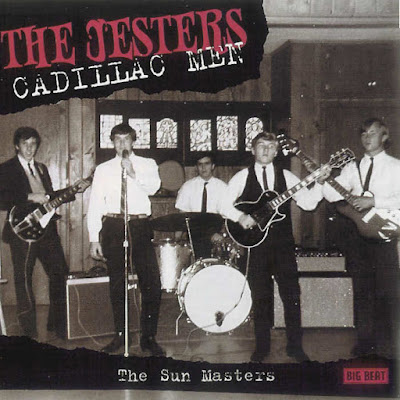 It might come as a surprise that a full-length CD credited to the mid-'60s Memphis band the Jesters even exists, since their total released output while they were active was limited to just one single. Ace researcher Alec Palao has done his usual impeccable job of digging through the vaults, however, to come up with this 18-track retrospective, featuring both sides of their 1966 Sun single "Cadillac Man"/"My Babe"; four tracks that came out on a 1989 various-artists box set compilation; seven previously unreleased cuts, including an alternate version of "Cadillac Man"; a Sun recording on which the Jesters backed Jimmy Day; and four tracks by the Escapades, the band singer Tommy Minga fronted after leaving the Jesters in late 1965. Though "Cadillac Man" is interesting as a kind of mid-'50s Chuck Berry sound-alike item, the band's truer personality seems to come through in the recordings not released at the time. In those, they sound a little like a crazed '60s garage band (if that's not a redundant description) that owes far more to '50s rock & roll, rockabilly, and R&B than the usual such group -- not as if they've digested those influences primarily via British Invasion bands, but more like they've studied the original '50s performers themselves. Bo Diddley and Chuck Berry might be the most audible of those influences, but certainly you can hear some Carl Perkins (whose "Boppin' the Blues" they cover), as well as some raw frat rock and Chicago blues. To be honest, the songwriting is more OK than brilliant, and the musicianship a little unpolished even by garage band standards, but it certainly makes for an interesting deviation from the usual garage rock excavation. The Escapades' tracks are almost slick by comparison and far more in the standard garage-pop mold (complete with sullen lyrics and swirling organ), but they're hardly gratuitous inclusions, as "I Tell No Lies" is well above average for that style; in fact, it's the best song on the compilation. 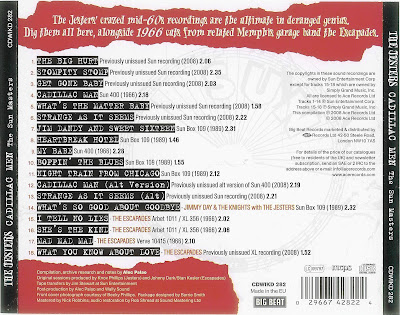