VA - Shangri-La - Tribute To The Kinks 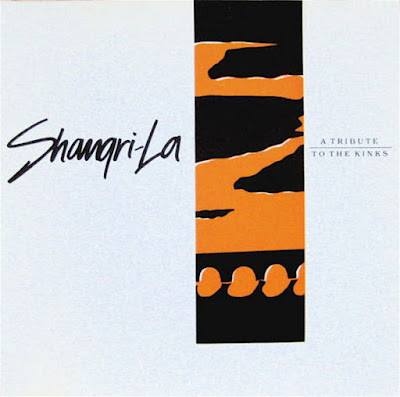 The tribute album was a good marketing concept before it got hammered into the ground; a package like Shangri-La: A Tribute to the Kinks could piggyback off the popularity of its target artist and sell a compilation filled with obscure musical groups. England's Imaginary Records, the company behind Shangri-La, specialized in these tribute albums and gave a lot of space to local groups and one-offs. The big-name group here is the Fleshtones, who are featured on two cuts: "It's Too Late" and "Too Much on My Mind." The Chesterfield Kings, the Cardiacs, and the Wolfhounds are a few of the other known groups, but other acts, such as Cud and the Patch-Up Boys, are so obscure that for years a (completely false) rumor circulated that those two bands were actually pseudonyms for the Go-Betweens. The Mock Turtles, who contributed renditions of "Big Sky" and "Shangri-La," later broke out to some degree, but for years were known almost exclusively for their contributions to Imaginary's tribute albums. As for the music, most of it falls into the jangle pop or indie rock categories, with several punked-up (or metalized, in the case of the Crocodile Shop's "I Need You") interpretations of Kinks classics. The Reegs' dream pop remake of "See My Friends" is the greatest stylistic departure, which may be why it was sequenced at the very end. The various groups sound like they put some work into their contributions; nothing is excruciatingly hackneyed, but the album was destined from the start to be little more than a collector's item for Kinks completists and fans of the established groups that appear on it. 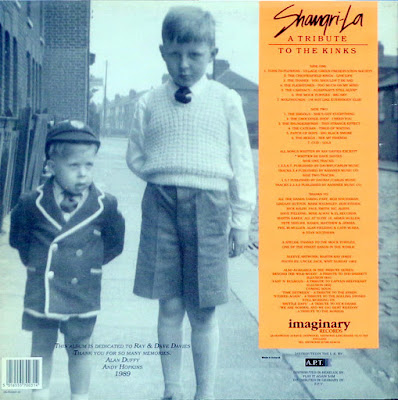 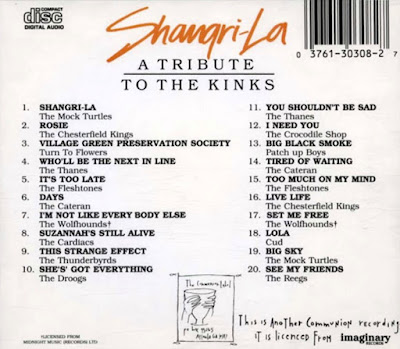