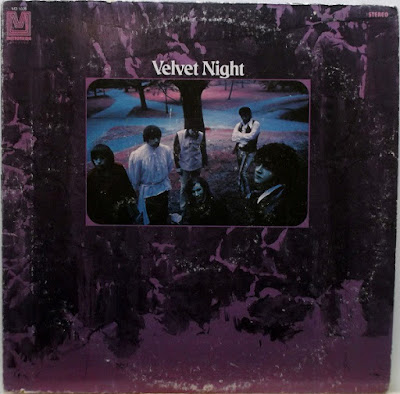 Velvet Night's sole album is very much an unintentional portrait of its era -- so classically on the cusp of late-'60s into '70s hard psych/heavy metal that it almost seems like it couldn't exist any other time. From the choice of covers that appear throughout (including a four-song Cream medley that ranges from the fair to the somewhat goofy) to the purple/false color scheme on the sleeve, everything about the album is of a glowering piece in many respects. The sextet's work isn't a lost classic by any means, but neither is the recorded evidence a tedious washout -- if only scholars of the time will really want to hear this in the end, there have been far worse albums rescued from obscurity. Lead singer Lynn Boccumini's vocal work, if obviously indebted to Grace Slick in part if not in whole, does provide a good calling card for the band, while her polite take on a more blues-leaning approach, evident in moments like the conclusion of their take on Donovan's "Season of the Witch." To their credit, the original numbers stand out more than the remakes, some of which were written by their producers Jimmy Curtiss and Steve Kanyon, such as the title (and thus bandname) song, which starts with a swirl of keyboard and guitar chaos before settling into an attractive but still slightly off chug. But the version of the Band's "The Weight" -- especially whichever male member is trying to do the lead vocals -- is definitely a step too far. 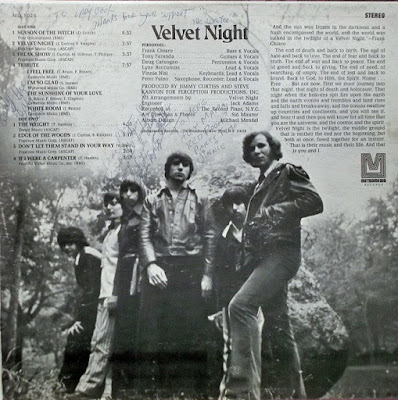