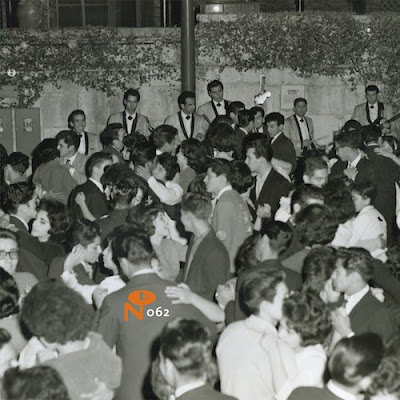 A Chicano soul group, the Royal Jesters formed in San Antonio, Texas in 1958. The original lineup featured Louis Escalante, Henry Hernandez, Oscar Lawson, and Mike Pedraza, all of whom met at Sidney Lanier High School in their hometown's west side. Across several decades, the group's lineup went through numerous changes, including the additions of Dimas Garza (aka Dimas III) and Joe Jama. Hernandez remained the lone founding member. Inspired by their Mexican roots, doo wop, and eventually early Motown, the Royal Jesters became part of San Antonio's cultural fabric as frequent performers and recording artists. They issued their debut single, "My Angel of Love," in 1959, and followed it with several additional 45s for the Cobra and Jox labels, as well as their own Jester, prior to their debut album, We Go Together, in 1965. While they were beloved local stars, the Royal Jesters nonetheless evolved, switched from songs with predominantly English lyrics to strictly Spanish-language material, and embraced Tejano with a fusion of soul, rock, polka, and Mexican folk. Additional singles, as well as a pair of albums -- Yo Soy Chicano (1971) and Their Second Album (1975) -- were released during the '70s. From the latter part of that decade and forward, the Royal Jesters were infrequently active. Later albums included Tribute (1996) and Odyssey: The Journey (2005). The Numero label anthologized the group's pre-Tejano years with English Oldies (2015). 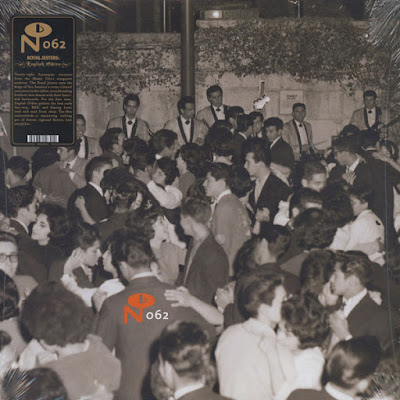 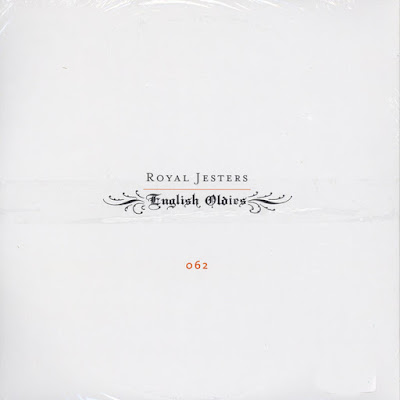 One of the San Antonio groups not featured on the Numero label's Eccentric Soul: The Dynamic Label was the Royal Jesters. That's because they recorded for two of Abe Epstein's other labels, Cobra and Jox, and they eventually set up labels of their own and briefly mingled with larger labels Bell and Bang. With English Oldies, Numero rounds up over two-dozen cuts from the locally beloved Chicano group, including solo material from members Dimas III and Joe Jama. This emphasizes the group's pre-Tejano years, with 1962's "I Never Will Forget" presumably the earliest selection and 1972's "Back to You"/"Theme for a Lonely Girl" possibly the latest. Going by those inclusions and the group's other output during that decade, it's evident how smoothly the Royal Jesters evolved from the emulation of doo wop and early Motown to a harmonically rich cross-genre act that would not have been out of place on a nationwide tour with Malo or the Doobie Brothers, had they ever ventured outside the Lone Star State. The heart of the anthology is the Royal Jesters' earlier work, mostly aching ballads ideal for teen dances that gracefully float and gently bounce. "I Won't Love You Again" and their cover of "Take Me for a Little While," at minumum, deserved to spread far outside San Antonio. The Impressions-like "I've Got Soul" (a personal pride anthem) and a steaming version of Willie Bobo's "Spanish Grease" (the set's hottest dance inclusion) are fine, too. The booklet contains an in-depth essay that is typical of Numero's high standards, but there is no track information beyond songwriting credits. Only a few release dates can be identified by scouring the text.
***
Posted by: D&J на 20:41