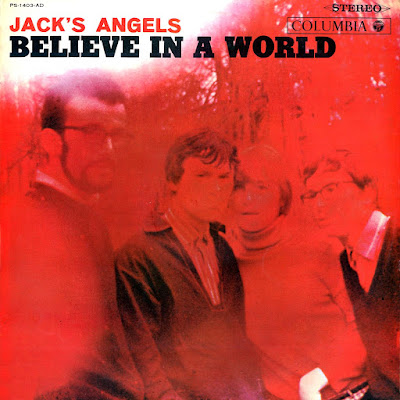 Austrian rock band from the second half of the 60s.
Leader was Jack Grunsky, who also wrote most of the songs.
Remarkable for the soprano of Claudia Pohl and the several protest songs.
Members:
Bernie Prock, Christopher Oberhuber, Claudia Pohl, Herbert Wegscheider, Jack Grunsky
Jack Grunsky born in Austria, he came to Canada as an infant. His singing and performing began in high school in Toronto, but after graduating he returned to Europe where his music career began. In 1966 he formed the successful but short-lived folk singing group, Jack's Angels who were signed to Amadeo Records of Vienna, Austria. After the group disbanded, Grunsky recorded three solo albums for the label, one of which was produced by Alexis Korner. The album, Toronto, was recorded in London and featured tracks with Mick Taylor on slide guitar.[2]
He was subsequently brought on board the progressive German label, Kuckuck Records of Munich, where he produced three more albums of original material.[3] Grunsky was a featured guest on many radio and TV specials and even hosted his own half-hour weekly radio show called, Folk With Jack an Austrian radio ORF.
In 1974 he moved with wife and young daughter back to Canada where he connected with record producer Chad Irschick and released an independent album titled, The Patience Of A Sailor.
01 - Believe In A World
02 - This Life I'm Living
03 - Will There Come A Day
04 - Jesus Met The Woman
05 - Black
06 - 1983
07 - When There's A War Going On
08 - Two-Ten, Six Eighteen
09 - Where Does It Lead
10 - Hangman
11 - Angel 66
12 - Farewell Angelina 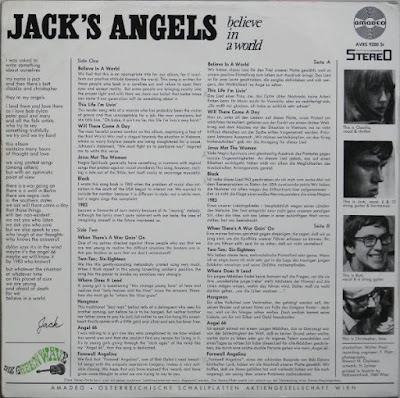