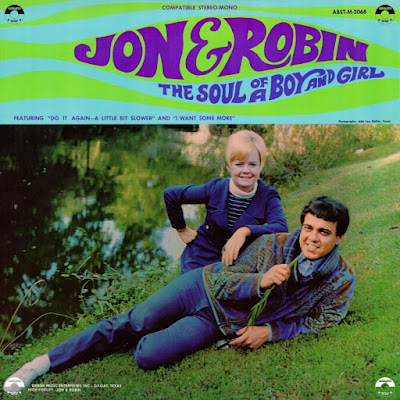 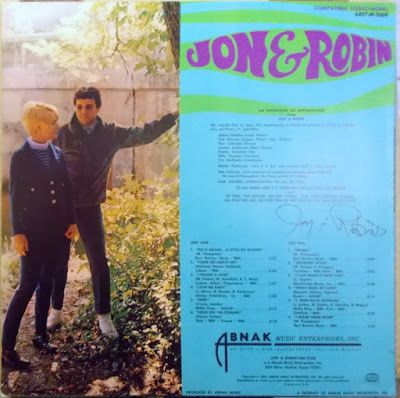 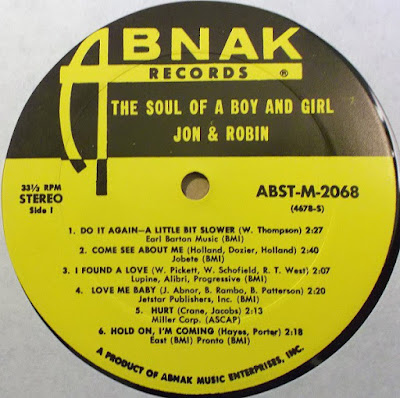 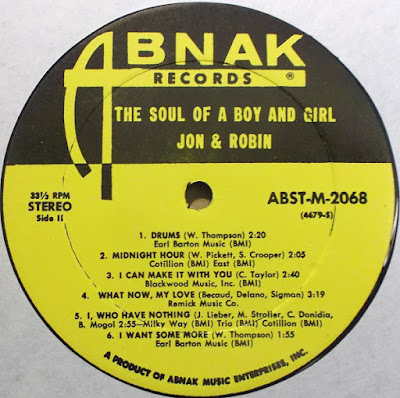 Jon & Robin - real names: Jon Abdnor, Javonne Braga. Mid-1960s duo who recorded for Dallas-based Abnak Records (founded by the namesake father of Jon Abdnor). Jon Abdnor (who also doubled as a company point man) released several regional hit singles in 1963-64 but didn't really hit it big nationally until hs father suggested he get a duet partner.
Abdnor was paired with singer Robin Beavers, but she quit before the recording sessions were to begin. She was replaced with Javonne Braga, who took on "Robin" as her stage name. The pair hit the Top 20 with "Do It Again A Little Bit Slower" in the spring of 1967. After a spate of follow-up singles that barely made the Billboard Hot 100 (but were regional best-sellers in Texas and the Southwest), the duo released solo singles before breaking up for good in 1969. Braga married Five Americans drummer Jimmy Wright in 1970 while Jon, defeated by various legal and personal issues, quit the music business.