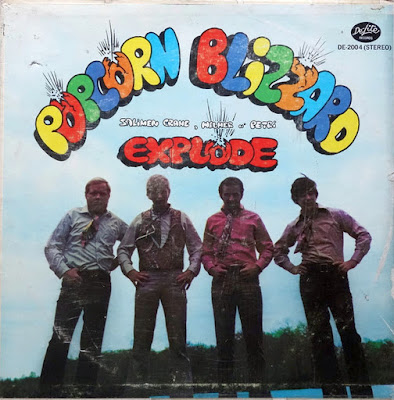 Though little known during their career, Popcorn Blizzard are best remembered today as the band that launched the career of frontman Marvin Lee Aday, aka Meat Loaf. The group was formed in Los Angeles in 1967 by drummer Pete Woodman, a onetime member of mid-Michigan faves the Bossmen; recruiting Aday as well as guitarist Frank Montoya, keyboardist Susie Kaine, and bassist Rick Bozo, he originally named the group Meatloaf Soul, soon after adopting the Popcorn Blizzard moniker. A series of low-profile gigs followed, with Montoya exiting the band to join ? & the Mysterians; the remaining members relocated to the Detroit area, auditioning countless guitarists before deciding to simply remain a four-piece, pushing Kaine's keyboards to the front of their high-energy sound. As the 1960s drew to a close Popcorn Blizzard emerged as one of the most active bands on the Motor City circuit, frequently playing the famed Grande Ballroom and opening for acts including the Who, Jimi Hendrix, the Grateful Dead, the Kinks, Big Brother & the Holding Company, and the MC5. In late 1968 they cut their lone single, "Once Upon a Time"; a short time later they renamed themselves the Floating Circus, only to soon disband when Woodman joined the Horny Toads. Aday then returned to Los Angeles, joining the cast of Hair and within a few years rising to international rock stardom. 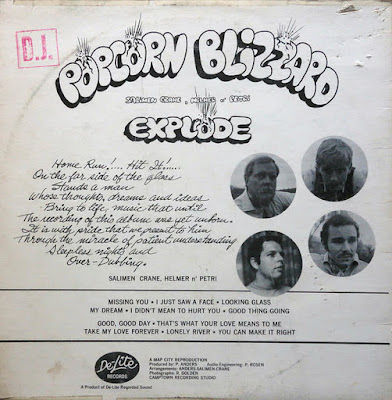