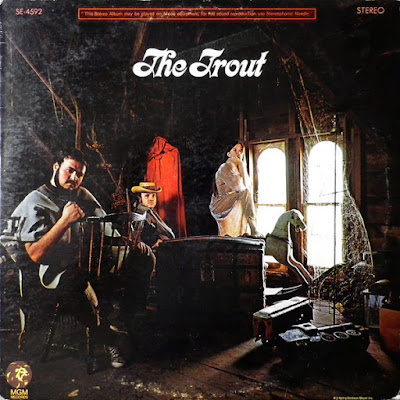 "This obscure album by the Trout is actually quite good. The group was composed of the late Tony Romeo (best known as the writer of the hit songs "I Think I Love You" and others for the Partridge Family, "Indian Lake" by the Cowsills, and "I'm Gonna Make You Mine" by Lou Christie), his brother Frank Romeo, and Cassandra Morgan who later went on as a cast member and co-writer of the Broadway musical Pumpboys and Dinettes. This album, all composed and arranged by Tony Romeo, is an inspired pastiche of sunshine pop, folk rock, dreamy psychedelia, and a Vaudevillian touch (Cassandra Morgan's great solo vocal on "The Worst Day I've Been To" is reminiscent of Barbra Streisand's "Second Hand Rose"). There's also a jazz waltz ("Hushabye Wee Bobby") and a Baroque-style song in the style of the Swingle Singers ("Understanding Who I Am"). There are some very nice melodies here like the beautiful "November Song" (later recorded by Richard Harris on his superb concept album Slides, an album of songs written by Tony Romeo), and interesting collage effects as well as little interludes...." ~ Derrick Phillips

This album is partially lost me, unfortunately ... Saved only tracks: 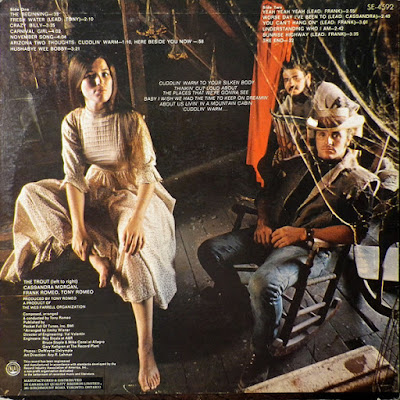