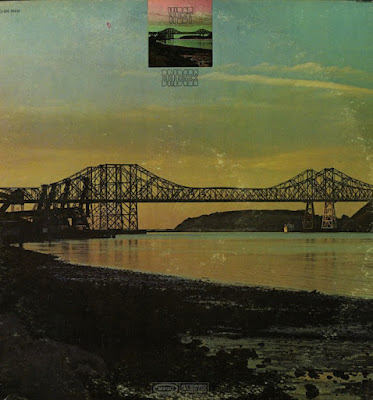 One of many rock groups signed to Columbia or its Epic subsidiary that got lost in a shuffle of under-promotion in the 1960s, West played mild folk-rock emphasizing their clean, careful vocal harmonies. Their self-titled 1968 debut was produced by Bob Johnston (who also did Bob Dylan, Simon & Garfunkel, Leonard Cohen, and Johnny Cash in the late 1960s), and comes off as a sort of Byrds-lite with some country and pop influences. Their most famous member, by far, was ex-We Five leader Michael Stewart (brother of singer-songwriter John Stewart), although indeed it's hard to figure out exactly who was in the band. The brief liners for their first LP state that "West is comprised of no less than four and no more than six members--Ron Cornelius, Michael Stewart, Joe Davis, Lloyd Perata, (Bob Claire and Jon Sagen)." The inexactitude was compounded by cover photographs showing five guys. Not that it was much cause for speculation among the public, since few listeners heard the album or its 1969 follow-up. 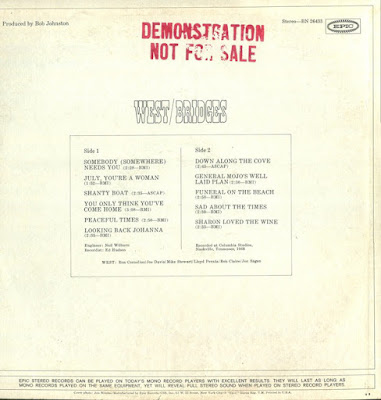 Formed in San Francisco in 1967, West revolved around guitarists Ron Cornelius and Michael Stewart, the latter of whom was previously a member of We Five. Lloyd Perata (guitar), Joe Davis (bass), Bob Claire and Jon Sagen (drums) completed the line-up featured on West, a gentle country/folk collection which contrasted the acid-rock preferred by many geographical contemporaries.