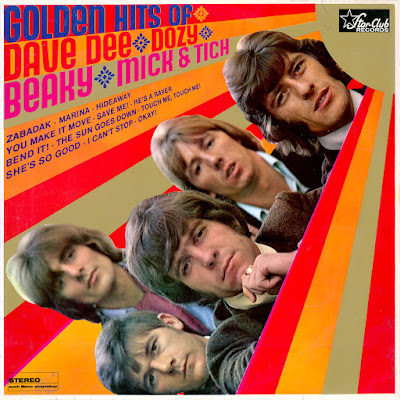 Hook-laden tunes transformed Salisbury, Wiltshire, England-based quartet Dave Dee, Dozy, Beaky, Mick & Tich into one the United Kingdom's top pop bands of the mid-'60s. Performing songs by their managers Ken Howard and Alan Blaikley, the group scored with such Top Ten U.K. hits as "Hold Tight," "Hideaway," "Bend It," "Save Me," "Okay," "Zabadak," "Last Night in Soho," and the chart-topper, "Legend of Xanadu." Formed as Dave Dee & the Bostons, Dave Dee, Dozy, Beaky, Mick & Tich were led by vocalist Dee (born: David Harman), an ex-policeman who had been at the scene of the automobile accident that took the life of American rocker Eddie Cochran and injured Gene Vincent in April 1960. Dee had taken Cochran's guitar from the accident and held it until it could be returned to his family. Although they were among the many British bands who honed their skills while performing in Hamburg, Germany, Dave Dee, Dozy, Beaky, Mick & Tich were one of the first to tour the United Kingdom with established acts. Shortly after moving to London in 1965, the group hooked up with Howard and Blaikley. With the group disbanding in 1969, Dee recorded a minor hit as a soloist before turning his attention to producing. He briefly reunited with the band in 1974 and again in the early '80s. He recorded a single, "Staying with It" b/w "Sure Thing" in 1983. 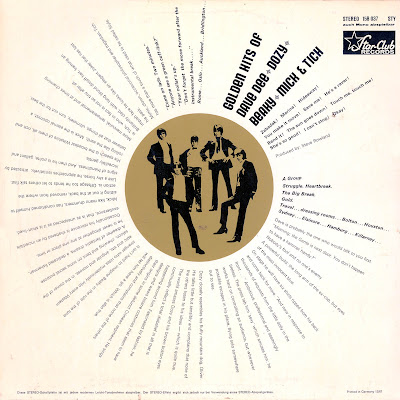