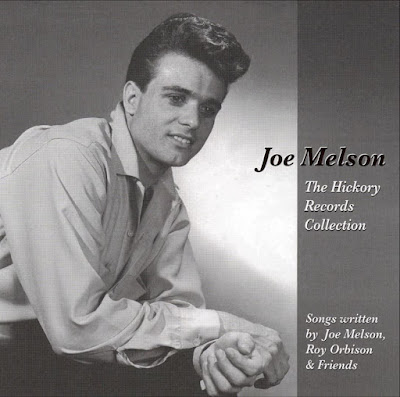 Joe Melson is a Texas-born singer and a BMI award winning songwriter. Born the son of a sharecropper on May 11, 1935 in Bonham, Texas. Joe began his life picking cotton in the hot fields of Bonham, Texas and only dreaming of making an impact on the world through music. 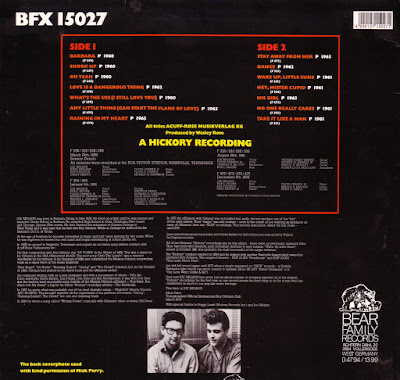 Rockabilly singer Joe Melson found his greatest success not as a performer, but as a songwriter, collaborating with Roy Orbison on many of his best-known hits. Melson was born in the west Texas town of Bonham in 1935, and later led a rockabilly band called the Cavaliers, who were based in Midland. He met Orbison, then trying to revive his career after leaving Sun, through a mutual friend, and the two struck up a songwriting partnership. Their first collaboration, "Up Town," was Orbison's first single for the Monument label, and it became his biggest hit in four years when it was released in early 1960. However, it was their follow-up, "Only the Lonely," that made Orbison a star, establishing the operatic ballad style that became his trademark. Over 1960-1961, Orbison and Melson spun off a succession of hits that included "Blue Angel," "I'm Hurtin'," the smash "Running Scared," and the number one hit "Crying." In the meantime, Melson cut several singles of his own for the Hickory label over 1960-1963, also working as a songwriter for some of the label's other artists. He ended his regular partnership with Orbison around 1961; Orbison preferred to write while on tour, and Melson eventually quit the road life to spend more time with his family. His last hit collaboration with Orbison came in 1963 with "Blue Bayou," which went on to become a country standard in the hands of Linda Ronstadt and others; late that year, he also released his final single on Hickory. Nonetheless, Melson continued to perform at rockabilly festivals up through the new millennium. 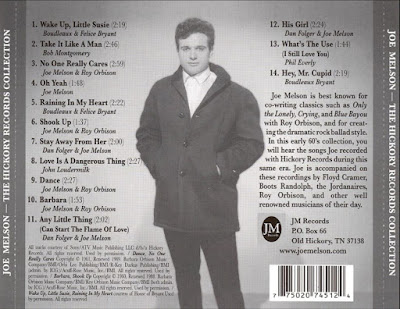