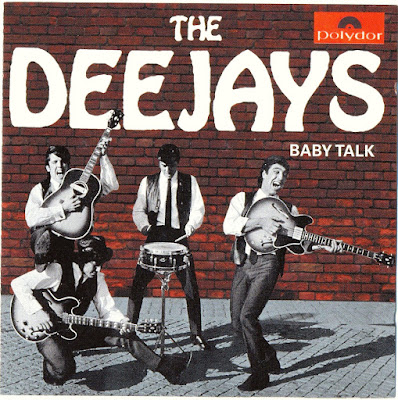 Johnny Vallons & The Deejays was a British r'n'b group whose history got started already in the late 1950s. However, after a few years' activity, they haven't got basically anywhere in the UK. The Deejays' recording career began not until in 1963, and that happened as far as in Sweden, as a result of band interchange, which was practiced between England and the Scandinavian countries. The man who made this trade possible was Swe-Disc record company's Roland Ferneborg, whose group the Spotnicks had just finished a tour in England. Besides a bunch of gigs, the Deejays also signed with Swe-Disc, and recorded there five 45s and an album between 1963-1965.

The Sweden trip was planned to last just a couple of months, but it actually took over a year. Johnny Vallons had a wife waiting at home, so it was unavoidable that sooner or later he had to come back in England. After Vallons had left the group, also the other members returned but just to find themselves a new vocalist, who was to be John Murray, who used to sing with Erle Morgan's father's dance-orchestra. In 1965, the re-formulated Deejays landed again to Sweden, and the new record deal with Polydor gave them immediately a hit "Long Tall Shorty". They also did a cover of Don & Dewey's "Farmer John", but it got beaten up by the earlier version of the Hep Stars, which broke the Swedish charts big time (in Finland, "Farmer John" was better known by the frantic interpretation of Andy Einio & the Islanders). During 1965-1968, altogether 21 singles and 2 albums were released in Sweden, and excepting two 45s made in London ("Coming On Strong" and "Surrender"), all of them were also recorded there. 6 of their songs went to the Swedish Top 10.

In 1966 the Deejays got their biggest commercial success "Dum Dum", which was undoubtedly to changing their style from traditional r'n'b towards to pop music. During the time in Sweden, both Erle Morgan and John Murray had got married, and Murray's wife, who was British, longed back to England. In 1967 Murray left the group, and he was replaced by Swedish Clive Sands (Sarstedt). Also Erle Morgan and his Swedish wife had difficulties in being a musician and a husband at the same time, so he decided to quit as well (although he stayed in Sweden, and continued later playing with Jorgen Edman and the Beatmakers). After the central members had resigned, the Deejays eventually broke up in 1968. 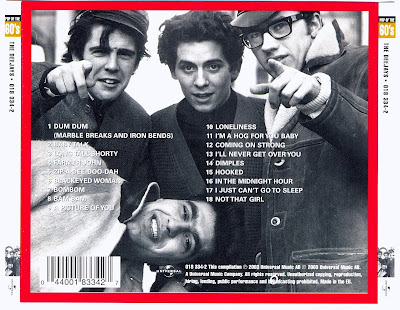 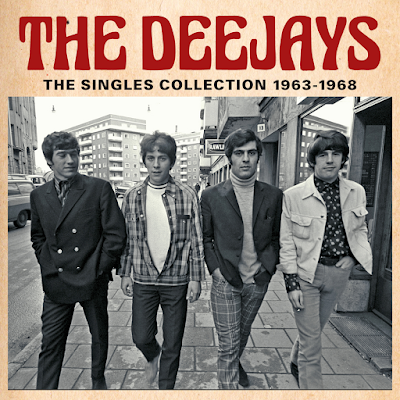