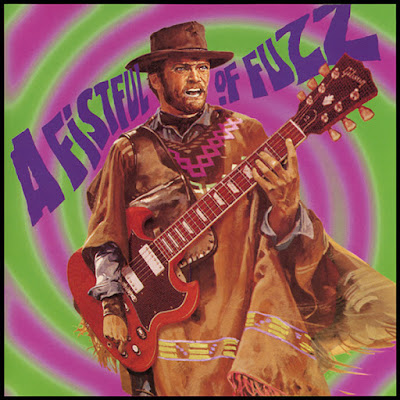 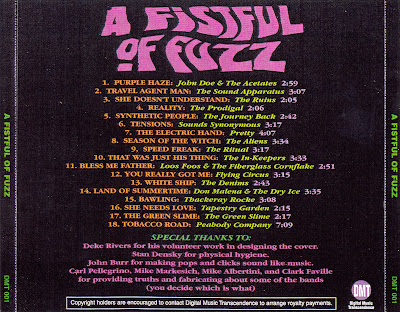 Track 1 band name was made up by the guys behind this cd as it's originally an uncredited acetate.

The first of a two volume series, this is a truly remarkable compilation. At a time when most comps are including
duplications of previously comp'ed mat'l in ever increasing numbers, along comes DMT with an amazingly good
collection of mat'l so totally obscure, it left even top tier collectors scratching their heads! Seldom does a collection
appear wherein so many of the tracks are of such a high calibre. Truly superlative,
and essential for any psych collection. Unfortunately, due to distributor problems (like them going out of business),
this didn't get much exposure, but is probably still available directly from the label.   (tymeshifter) 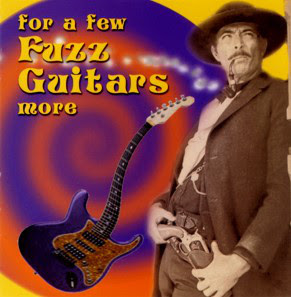 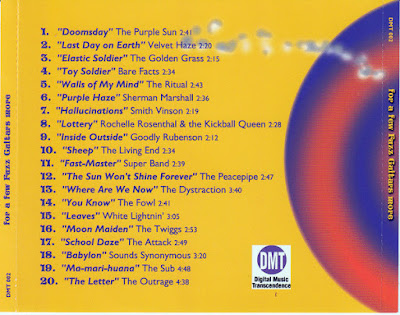 For a Few Fuzz Guitars More is the sequel to A Fistful of Fuzz and like the first volume, features plenty of fuzz guitar. The feel of this collection is garagier (if that's a word) than A Fistful of Fuzz, but both volumes draw primarily from the late 1960s. The sound quality of For a Few Fuzz Guitars More is not as good as the first volume, as surface noise is more apparent on these recordings, but the tracks themselves are rawer late-1960s garage-psychedelia and the tone of much of the material on this CD is darker than on the first volume in the series. The opening tracks, "Doomsday" by the Purple Sun and "Last Day on Earth" by the Velvet Haze, set an apocalyptic tone for For a Few Fuzz Guitars More. This collection also contains a number of anti-war records—"Lottery" by Rochelle Rosenthal & the Kickball Queen and "Where Are We Now" by the Dystraction. For a Few Guitars More has its share of hippie drug songs—"Walls of My Mind" by the Ritual and "Ma-mari-huana" by the Sub. One disappointing thing about For a Few Fuzz Guitars More is the lack of liner notes. Where A Fistful of Fuzz had notes about every track, the only information given about the recordings included here are pictures of the labels of the original 45s. Despite the lack of liner notes and the less-than-perfect audio quality, this is a good collection and most of the tracks that are unique to this compilation.