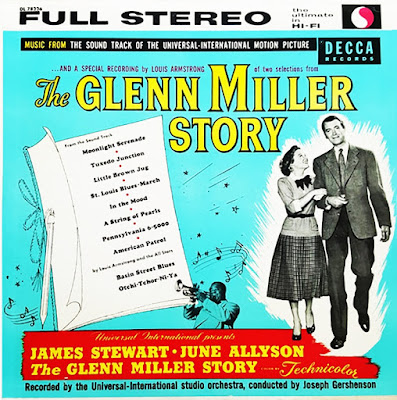 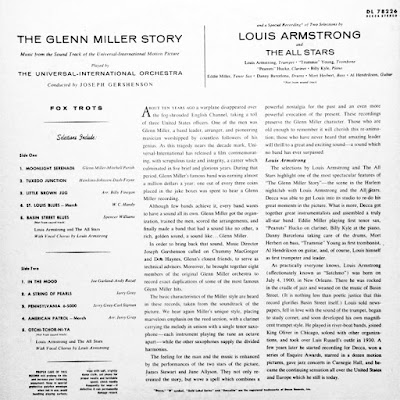 For My Parents. RIP

The 1954 10-inch album The Glenn Miller Story movie soundtrack LP, Decca Records DL 5519, spent 10 weeks at number one in the US on the Billboard albums chart in 1954. It was recorded by the Universal-International studio orchestra, conducted by Joseph Gershenson. A 1956 version was of the collection was a 33 1/3 RPM vinyl LP album with James Stewart and June Allyson on the cover as Glenn and Helen Miller respectively. This collection consisted of new studio recordings of the songs by an orchestra under the direction of Joseph Gershenson.

The album was re-released by Decca in an expanded stereo version in 1956 as DL78226 with two additional songs by Louis Armstrong and the All Stars, "Basin Street Blues" and "Otchi-Tchor-Ni-Ya" or "Dark Eyes".

The selections were recorded on December 1, 1953.

The All Star Band consisted of: