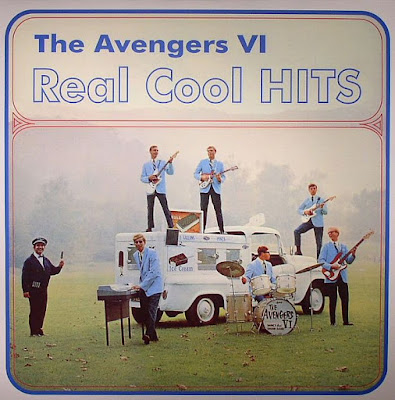 The Avengers VI were a clean-cut surf band from Anaheim, Calif., whose one and only album, Real Cool Hits, was issued in 1966 as a promo for Good Humor ice cream. The group's name wasn't even mentioned on the cover although it was pictured on the kick drum.

The LP, recorded by producer George Garabedian for his Mark 56 label, was sold from the Good Humor ice cream trucks and has since become a highly-valued collector's item. In 2008 a copy went for $315 in an online auction.

What set the Avengers VI apart from many of the other surf groups was their superior musicianship. Guitarist Jim Ferguson was reported to practise eight hours a day while organist Mike DeYoung had formal musical training and a wide knowledge of classical music.

The group's repertoire, which encompassed covers of popular surf instrumentals, mood music, movie themes and some first rate originals, attracted both teens and adults to their appearances in southern California. 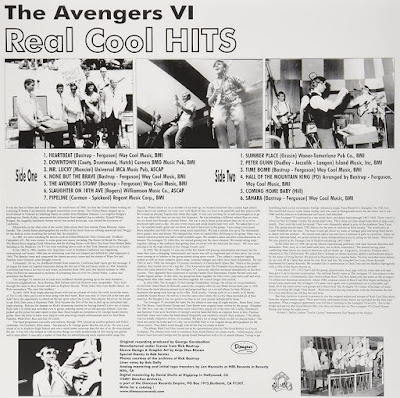