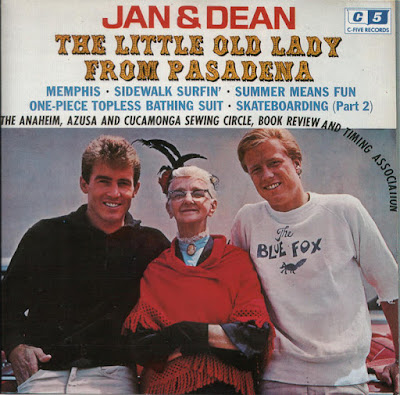 Having moved on from their late-'50s doo wop style, Jan & Dean rode out the first half of the '60s as a surf and hot rod group influenced by both Dick Dale and the Beach Boys. In fact, Jan & Dean left their own mark on Beach Boy Brian Wilson with their similarly sophisticated take on surf harmonies and subtly complex pop material. The duo certainly didn't equal the Beach Boys' rich and sustained output, but as this fairly solid release shows, they came up with enough strong material to make many of their albums more than just slim collections with a few strong cuts and plenty of filler. Beyond the classic title track, honorable mention goes to the nicely textured pop ballad "When It's Over," the very original Motown-cum-Bacharach side "It's as Easy as 1,2, 3," and traditional surf tracks like "Sidewalk Surfin'" and "Move Out, Little Mustang" (both co-written by Wilson). And rounding things out, there's a decent cover of Chuck Berry's "Memphis" and the band's unexpected and daring use of harps, horns, and drag and surf sounds, among other touches. More attuned to the Beach Boys' own trailblazing work from the Pet Sounds era than some might expect, Jan & Dean's The Little Old Lady From Pasadena will please both fans hooked on the group's harmonious innocence and those looking for a little more in the way of Phil Spector-like studio savvy. 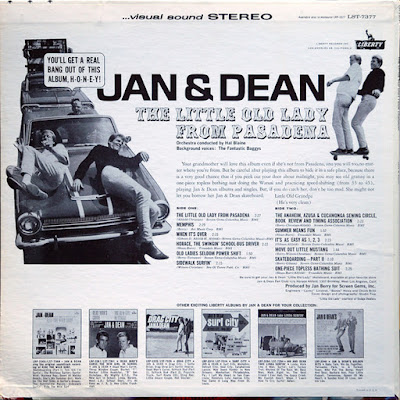