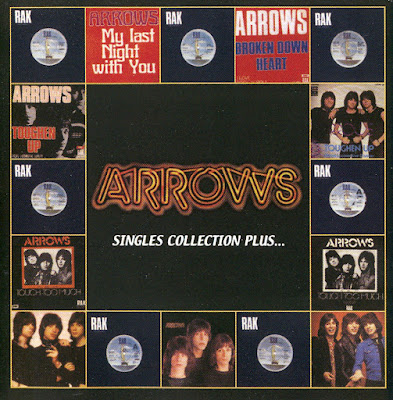 The Arrows were a mixed group of American and British musicians that made their biggest impact in Britain during the mid-'70s. The band worked with producer Phil Coulter on their one and only album, 1976's First Hit, which didn't really catch on in America but gave them a modicum of success in Europe. They also had several singles produced by Mickie Most during this era, the most important being "I Love Rock 'N Roll," which would go on to be a smash hit for Joan Jett a few years later. The band was made up of bassist/vocalist Alan Merrill, guitarist Jake Hooker, and drummer Paul Varley. The three also scored a television deal, leading to a regular series that played from 1976 to 1977. The group broke up in 1978, leading Merrill to pursue a solo career and record with artists as varied as Meat Loaf and Rick Derringe. 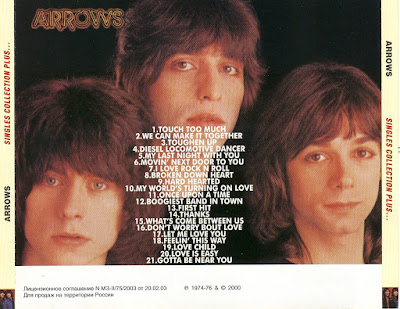