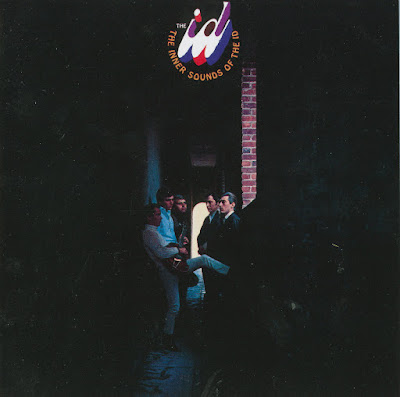 By 1967, psychedelia had become trendy and commercial enough that major labels released goofy, self-conscious experimental psychedelic rock records that didn't have a chance in hell of making the charts. RCA's The Inner Sound of the Id was one such relic. Like some other obscure major-label psychedelic products of the time, it seems like it might have been a "psychsploitation" project that was designed more as a quick cash-in on a fad rather than a sincerely ambitious musical endeavor. Some strange guitar reverb and distortion, along with dashes of sitar and pseudo-Eastern musical and mystical influences, couldn't disguise the shortage of good songs and ideas and the overall aura of a strained attempt to be freaky. The presence of well-traveled Los Angeles session guitarist Jerry Cole on the LP makes one wonder if the Inner Sound of the Id were a studio-only group.

Although the Id's sole and rare album is weird, it's weird in a forced, mediocre fashion that makes it sound more like an exploitation of the psychedelic movement than a genuine part of it. At times (particularly on the songs with chanted pseudo-séance vocals), it's hard to tell whether they're trying to emulate the early freakiness of the Mothers of Invention, or whether they embody precisely the kind of mediocre California psychedelic bands Frank Zappa viciously satirized on the Mothers' We're Only in It for the Money. Some strange-on-the-sleeve efforts like "Wild Times," with its gratuitous overlay of sitar sounds, sits cheek-by-cheek with rather ordinary garage-pop/rock ("Baby Eyes") and melancholy psych-folk-rock ("Stone & Steel"). The most famous cut, and probably the most memorable due to its nonchalant oddness, is "Boil the Kettle, Mother," with its outlandish lyrics and poker-faced spoken vocal. 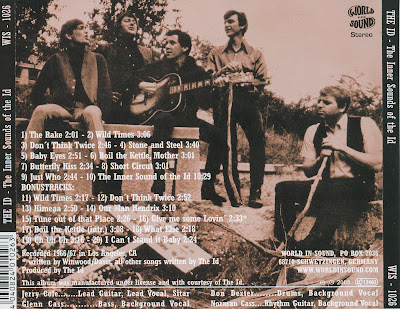