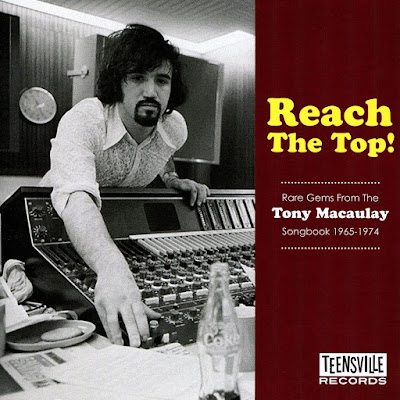 Tony Macaulay may not be the biggest name in 60s pop, but he wrote a few key hits in the second half of the decade – as well as a great legacy of overlooked gems that are brought together here! The set might be one of the nicest we've ever seen from the Teensville label – as it does a great job of collecting obscure tunes by Tony, a number in recordings that feature the man himself as part the group – all brought together in a way that seems to trace a growth from Sunshine Pop to more compressed modes of the 70s! If you dig groovy sounds from the glory days of AM radio, you'll find plenty to love here – lots of jingle-jangle gems that are pretty darn unusual, but completely outta sight. Titles include "Blame It On The Pony Express" by Peter Noone, "Reach The Top" by The West Coast Delegation, "San Diego" by Carl Wayne, "My Whole World Seems To Be Tumbling Down" by Billy Fury, "Waiting For A Call From You" by Tony's Defenders, "Don't Let A Little Pride Stand In Your Way" by Don Paul, "It Looks Like The Daybreak" by The 4 Kinsmen, "Alison Please" by Chris Kelly, "I Only Have Myself To Blame" by The Images, "Sad Eyed Romany Woman" by James Darren, "Baby Make It Soon" by Michele & Jeff, and "I Can't Stop Thinking About You" by Linda Kaye.  (© 1996-2018, Dusty Groove, Inc.) 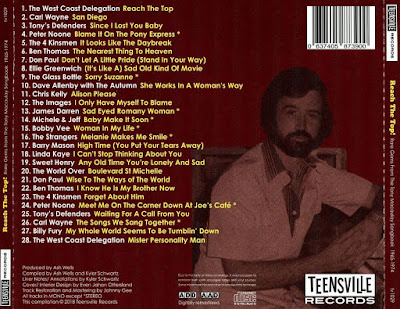